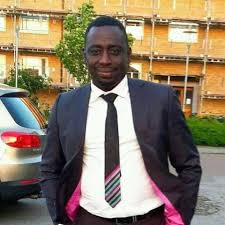 Football administrator, Prof. Nana Kwasi Darlyn has indicated that Asante Kotoko will not struggle for sponsorship if he is the Chief Executive Officer (CE0) of the club.

The Bechem United CEO stressed on this in an interview wit Ashh FM on whether he is open to working for the Porcupine Warriors as their CEO or not.

According to him, he is open to working for the Ghana Premier League giants but cannot at the moment abandon a project he has started at Bechem United.

“I’m interested in every club that I can lift up to the top. I’m willing to help any club that wants to be successful. I’m having an unfinished project with Bechem United at the moment, but if not I would have been willing to help Kotoko reach the top.

“When I took over Bechem United as CEO, I have helped them win MTN FA Cup. We have received praise from a lot of supporters nationwide. I’m very strong developing youth and I would develop the youth when I’m given the nod to be Asante Kotoko CEO", Prof. Nana Kwasi Darlyn said.

He further emphasized, “With the numbers Kotoko command and my in-depth knowledge, we won’t need to advertise for sponsors, the sponsors would rather approach us. If not with the project I have with Bechem I would have applied for the Kotoko CEO role.