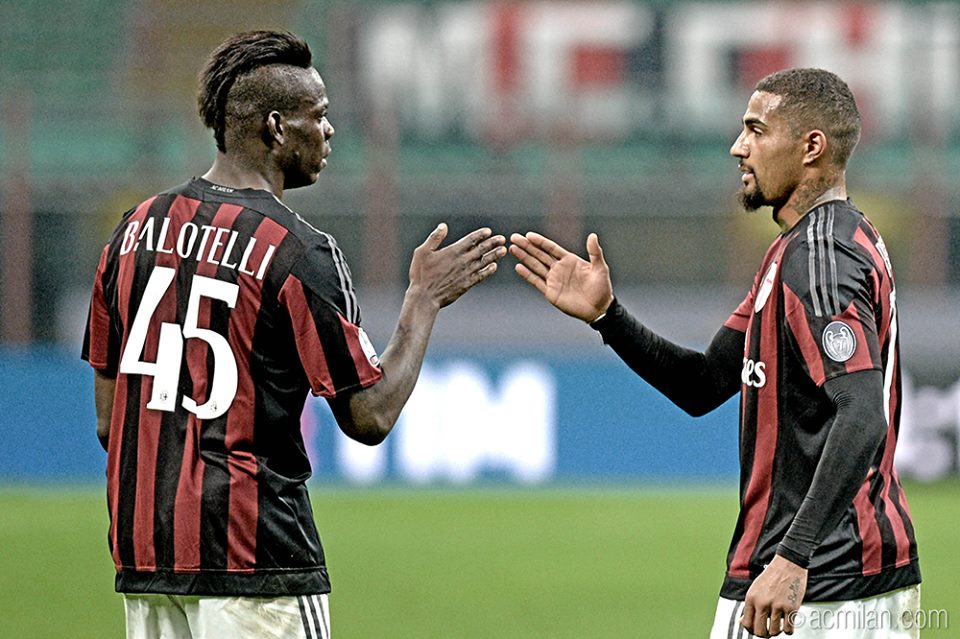 German-born Ghanaian international, Kevin-Prince Boateng has revealed his support for a proposed move for Mario Balotelli to ACF Fiorentina in the ongoing transfer window.

The Italian attacker of Ghanaian roots is reportedly a transfer target of the Serie A side who have been strengthening their squad in anticipation to the start of the 2019/2020 season.

KP Boateng who recently joined the club has thrown his weight behind a possible move for the player to join him at the club.

In a recent post on the former Sassuolo poster boy’s Instagram page, he has eulogized Mario Balotelli whiles hinting that it’s not too late to bring on board the former Manchester City number 9.

“Call him crazy, call him arrogant, call him overrated. I call it incredible, as a player and as a person. Best wishes brother”, the messages written in English. What is a suggestion for Fiorentina? The market runway has not yet

Mario Balotelli is currently a free agent after ending his stint with Olympique Marseille at the end of the 2018/19 campaign.