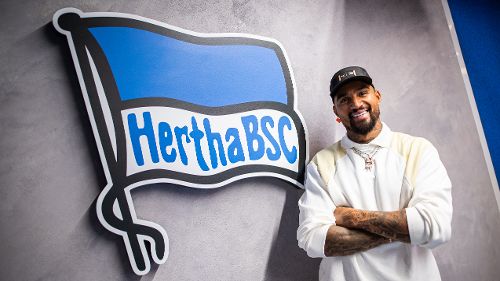 Ghana international forward Kevin-Prince Boateng is expected to miss part of Hertha Berlin’s preseason training due to his role as an expert for a German TV station for the Euro 2020 Championship.

Boateng finalized a return to his boyhood club after 14-years on Wednesday after passing his medical test.

The experienced forward returned to the club as a free agent after his deal with Italian Serie B side AC Monza expired at the end of last season.

He penned a two-year contract which will see him at the Olympia stadion until 2022.

But the Blue and Whites will be without the experience forward for two weeks who serves as a pundit for a TV station at the Euro Championship.

The WestDeutscher Rundfunk explained to SPORTBUZZER on request, "Kevin-Prince Boateng will be there without restrictions in the ARD".

The European Championship final will take place on 11 July at London's Wembley Stadium and this means the former Barcelona star won't be available when his new outfit commences preseason.