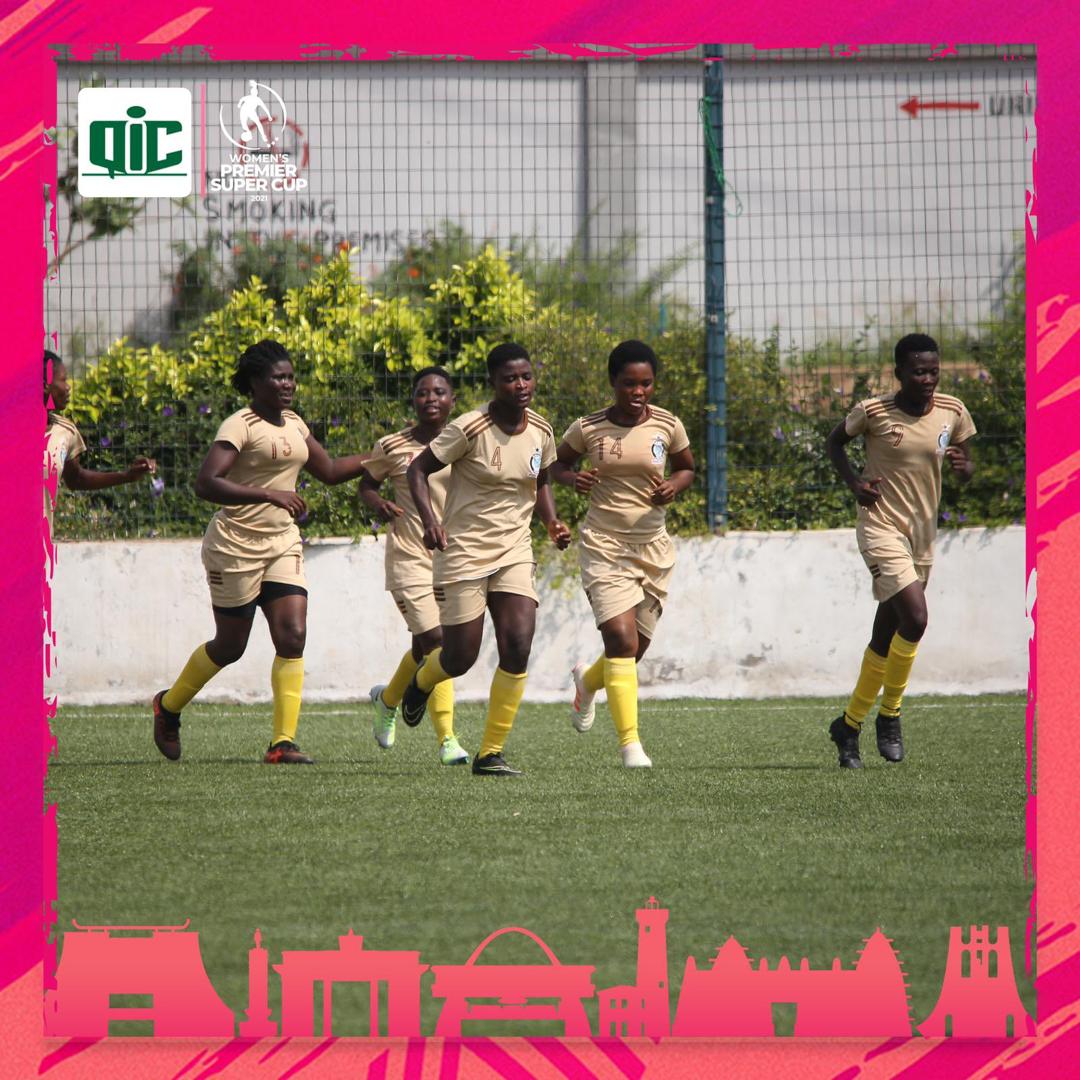 Kubrah Abubakari scored a last gasp goal to secure a point for Prisons Ladies in their Super Cup opener against Ampem Darkoa Ladies.

The game which ended 2-2 was full of thrills and drama at the Madina AstroTurf Thursday morning.

Prisons Ladies took the lead in the 12th minute but allowed it to slip as they trailed for a larger part of the game before snatching a late equalizer in a four-goal thriller.

Mary Adobea scored the competitions first goal to put Prisons Ladies ahead but Mary Amponsah levelled up for Ampem Darkoa in the 22nd minute. The lanky attacker added the second goal with a header from a corner kick 15 minutes later.

With 2-1 advantage in the first half - Ampem Darkoa Ladies missed most of the chances that could have sealed the three points for them but failed to make it count.

The 2020/21 Women’s Premier League finalists were made to pay for their profligacy as Prisons Ladies scored late to make it 2-2 through Kubrah  Abubakari in the 91st minute. She went pass the shot stopper of Ampem Darkoa, Safiatu Salish before slotting home to make it 2-2.

Mary Amponsah who scored a brace on the day that was awarded the Player of the Match.

In the other Group A match Jennifer Adjei Mensah scored the match winner for Soccer Intellectuals who inflicted a 1-0 defeat on Berry Ladies. 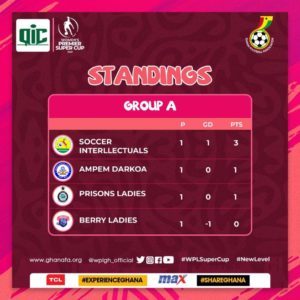