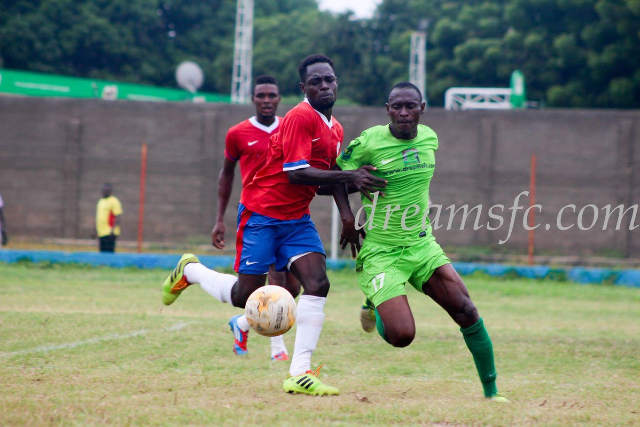 The former Accra Hearts of Oak and King Faisal striker has vast experience playing in the Ghana Premier League and he is expected to continue with his fine form for the club, having been the top scorer in the past three seasons.

The evergreen attacker has been with Dreams for some time now and Executive Chairman Mr. Kurt kraku revealed the club is planning on honouring the 35 year old with a testimonial match.

“We get a lot from Eric Gawu as he is very humble and leads by example. He never complains and always delivers,” he told citifm.

“Every team needs a personality like Gawu in their setup. We are very happy with him as he has been top scorer for us for the past three seasons.

We are looking forward to playing a testimonial in his honour because of what he has done for our brand, and I’m very confident he will continue to score in the Premier League because his quality is unquestionable.”

Dreams FC are preparing ahead of the upcoming season with the signing of three new players.

The club will participate in the GHALCA G8 tournament, a preseason competition to usher in the new season.