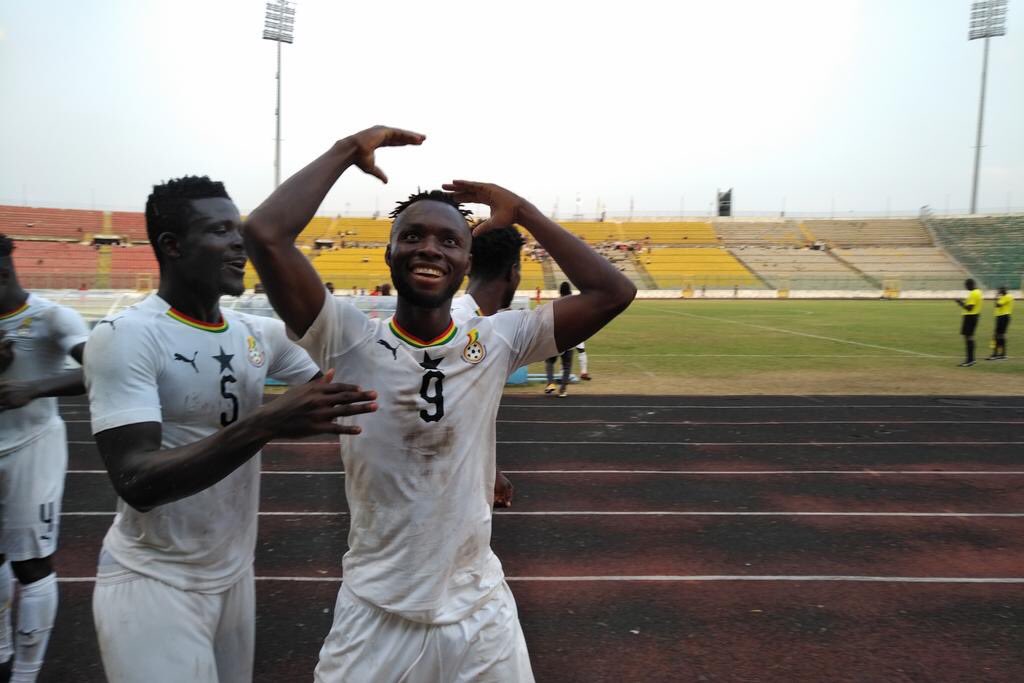 Spain-based Kwabena Owusu is eyeing a national team call-up following his splendid performance in the 2019 Africa Cup of Nations U23 qualifier against Togo on Tuesday.

The hat-trick hero instantly became fan favourite at the Baba Yara Sports Stadium after finding the back of the net on three occasions in Ghana’s 5-1 hammering of neighbours Togo in the first leg of the 2019 AFCON U23 qualifier.

In an interview with reporters after the match, the Salmantino UDS forward was full of joy and revealed his dream to represent the Black Stars.

“Oh yeah, it’s my dream to play for the Black Stars. It’s not only me but I think every member of this squad will say same if you ask him this question,” Owusu said.

“I’m happy with the goals I scored but the job is not done until we play the second leg.”

Owusu has made 16 appearances and scored eight goals for Salmantino in the first round of the 2018/19 Spanish Segunda B Division.

Owusu will hope to replicate the feat when Ghana travel to Lome to face Togo in the second leg on December 22.

The winner of the tie will face Gabon in the next round of the qualifiers for the next year's competition in Egypt.