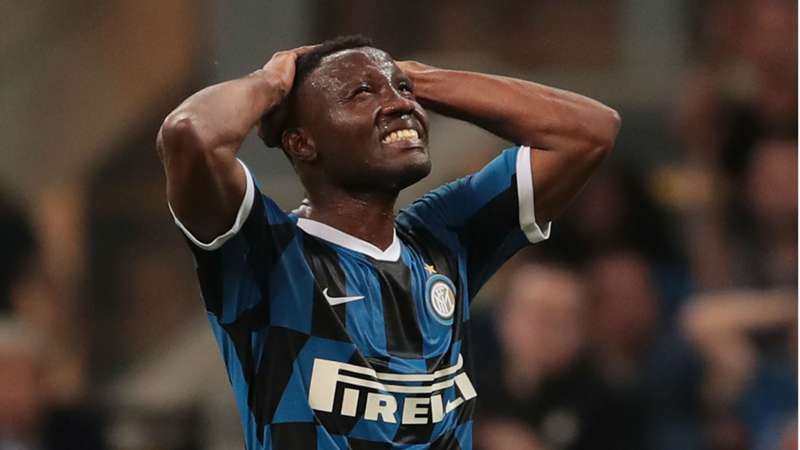 Which of the continent’s top stars are currently unemployed and in search of a new club?

The biggest name on this list, Asamoah is a free agent after parting ways with Internazionale following a brief and ultimately disappointing spell with the Nerazzurri.

The arrival of Antonio Conte—a player who typically gets the best out of dynamic full-backs—didn’t lead to a turnaround from Asamoah, who made just seven starts for Inter last term.

At 31, he still has much to offer—providing his well-documented injury problems stay at bay—although having reportedly rejected a move to Brescia, it remains to be seen where he will end up.

Sampdoria have been linked with a move for the experienced wideman.

Finally departed from Everton after a troubled spell at Goodison Park, Niasse must now begin piecing his career together again.

He struggled to ever make his mark on Merseyside—enduring mixed success across a series of loan spells—following his £13.5 million move, and his fallout with now-Barcelona boss Ronald Koeman has been well documented.

At one point, it appeared as though a move to Turkish side Kayserispor appeared on the cards, although the 30-year-old remains unemployed.

One of Algeria’s heroes during their Africa Cup of Nations victory in 2019, few could have imagined that, just over a year later, Belaili would be searching for new employers.

At 28, he may still have his best years ahead of him, and has been heavily linked with a move to Egyptian giants Al-Ahly.

However, the wideman remains a free agent, and has dismissed the suggestion that he could sign on for a club in the Egyptian Premier League.

Instead, he’s made it clear he wants to play in Europe, at the highest level, and is holding out for a switch to Ligue 1.

A member of Cameroon’s squad at the 2019 Afcon, Kaptoum was once heralded for great things after moving to Barcelona from the Samuel Eto’o Foundation in 2008.

One of several Indomitable Lion prodigies to swap Central Africa to Catalonia, the midfielder played for Barca in the Champions League, but departed for Real Betis after failing to make a league appearance for the Blaugrana.

The 24-year-old spent last season on loan at Almeria, and must now set about proving that all of that potential can still be realised.

During the 2014-15 season, he ended up netting 10 goals in 23 outings for the Hammers, but his numbers in the top flight declined before his departure for Stade Rennais.

He recently played for Swiss side Neuchatel Xamax, but failed to extend his short-term deal after going goalless across eight games, and still only 30, could be a particularly astute signing for a side in one of Europe’s lesser leagues.