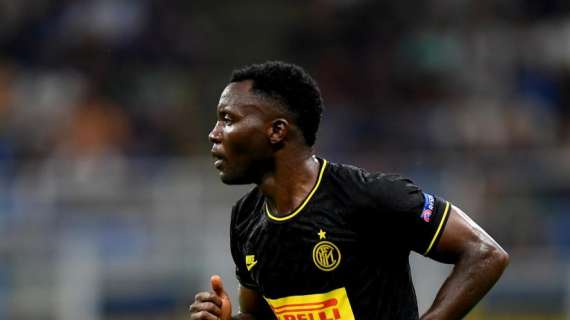 Ghana International Kwadwo Asamoah is being courted by Caligari Calcio with the Italian outfit keen on a summer swoop for the Inter Milan midfielder.

The former Juventus man endured a difficult campaign in the 2019/2020 football season where he was limited to playing time in the Serie A and the European campaign of the Nerazzurri as a result of multiple injury setbacks which left him sidelined for the most parts of the season.

In the midst of the summer transfer window, sources have confirmed that Inter Milan is ready to ship out Kwadwo Asamoah after deciding to move on from the versatile midfielder who also excels when deployed in a left--wing-back role.

Today, the latest information picked up is indicating that the Ghana asset is on the radar of Cagliari. According to reports, the team is bent on reinforcing this summer and has identified Kwadwo Asamoah as one of a few players with the needed quality.

The Serie A club hence joins the likes of Hellas Verona, Crotone, and a couple of clubs from Turkey interested in signing the 31-year old this summer.