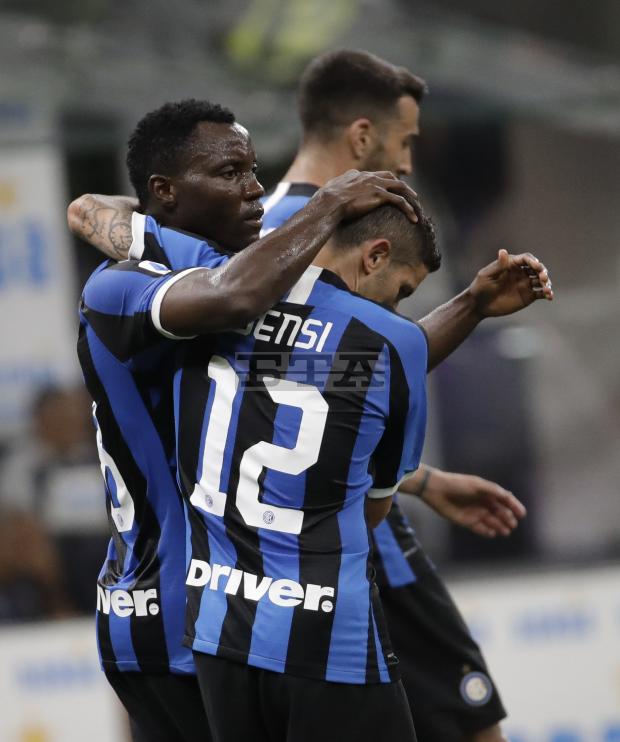 Ghana ace, Kwadwo Asamoah has hailed Inter Milan teammates as they hammered Cagliari 4-1 at the San Siro in the Coppa Italia Round of 16 on Tuesday.

A Romelu Lukaku brace and solos from Borja Valero and Andrea Ranocchia was more than enough to ensure the Nerazzurri made it to the quarter-finals.

The 30-year-old is still nursing a knee injury that has limited him to just one appearance in more than two months and a return date has not been ascertained.

In Asamaoh’s absence, Cristiano Biraghi has regularly played at left wing-back, but coach Antonio Conte is looking for more experienced reinforcements in the January transfer window and has been rumoured to target Manchester United captain Ashley Young as well as Marcos Alonso and Emerson Palmieri whom he worked with while in charge of Chelsea.