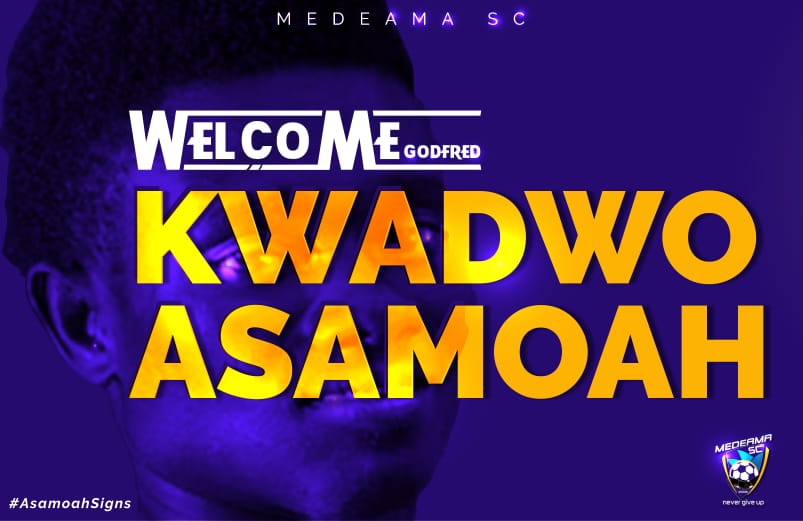 Asamoah penned a two-year deal with the club on a free transfer.

"We are delighted that Kwadwo has joined us for the upcoming season. We have been tracking him sometime and I am happy he’s finally here. He will be a fantastic addition to our team and we look forward to working with him," coach Boadu told the club's official website.

"We are a building a formidable team for the upcoming season and Kwadwo will play a significant role in the Medeama project this season. He is versatile player who can be deployed in several positions and that is a massive plus for us. He will join the rest of his colleagues next week and we are confident he will integrate quickly into the squad."

The 24-year-old moved Dreams FC in 2018 from Heart of Lions but spent last season on loan at Eleven Wonders where he excelled.

Asmaoah can play in multiple positions and will add more firepower to Medeama SC this term.