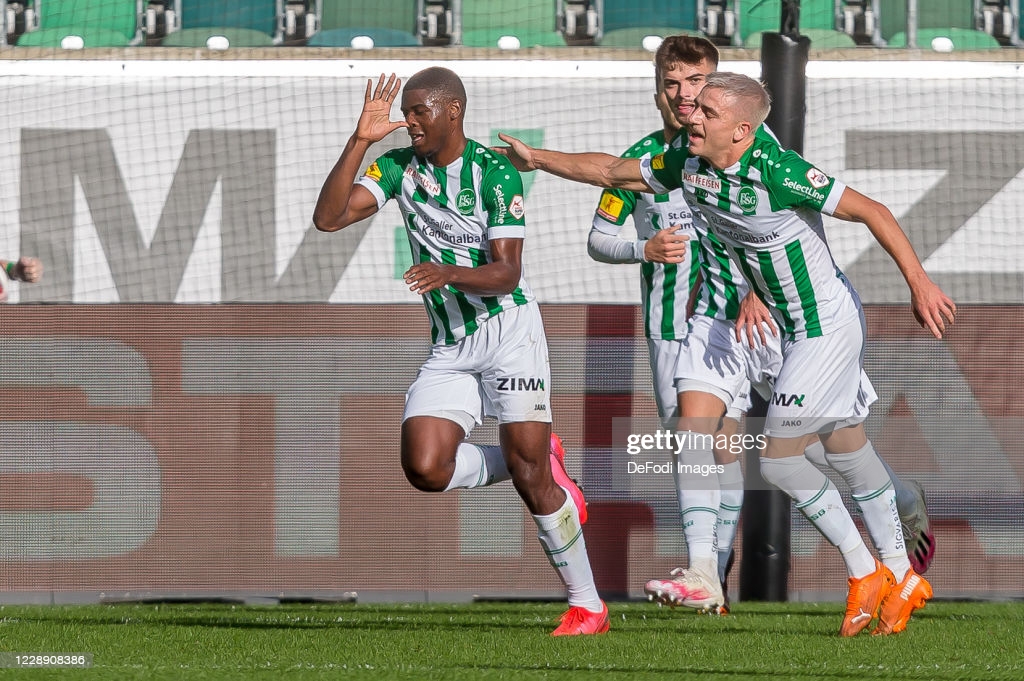 FC St. Gallen advanced to the next round of the Swiss Cup after beating BSC Young Boys 4-1 in the knockout round at the Kybun Park.

Chukwubuike Adamu scored for FC St. Gallen in the 33rd minute, giving the team a 1-0 advantage at the break.

Kwadwo Duah doubled the lead with a brilliant finish in the 50th minute, while Christian Fassnacht narrowed the deficit for Young Boys after three minutes.

After 69 minutes of play, Duah was substituted and Jeremy Guillemenot came on.

In his debut season, Duah has ten goals and two assists in 26 appearances for FC St. Gallen in all competitions.