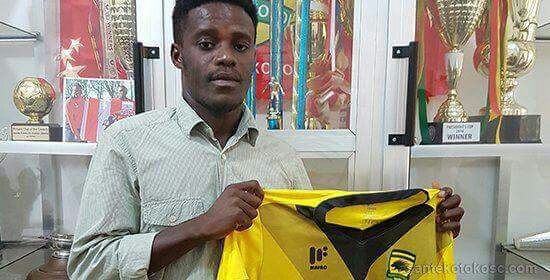 Attacking midfielder Kwame Boahene is reportedly relishing a move away from Kumasi Asante Kotoko after falling down the pecking order in the last couple of years.

The player joined the Ghana Premier League giants in 2016 after enjoying a stellar campaign with Medeama SC.

His time as a Porcupine Warrior has not been rosy as he would have wanted and that has reportedly unsettled him as he looks for a move away from the Kumasi-based club.

Checks have revealed that he is not interested in signing a new contract but wants to see out his current deal which will end in December of this year.

It is understood that he will mutually part ways with Kotoko once the contract expires.

Now 26 years of age, it is understood that Kwame Boahene is on the radar of some foreign clubs as well as some Ghana Premier League sides.