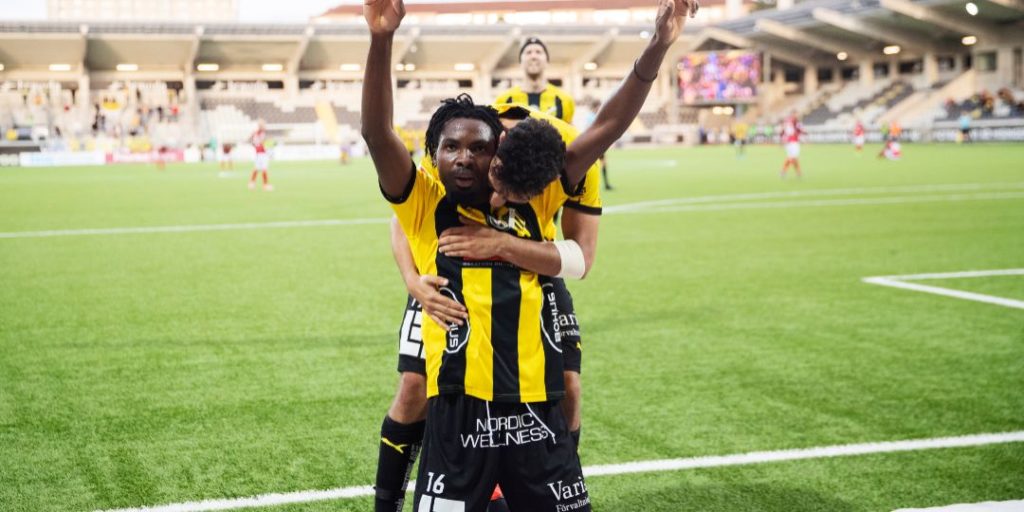 Ghanaian striker Kwame Kizito has expressed his delight after opening his goal-scoring account for Swedish side BK Hacken in the ongoing season in their win against Falkengberg.

The former Accra Hearts of Oak striker has been hoping to get on the score sheet in recent games but had to endure a drought until over the weekend when his side recorded a massive victory.

He was on hand to fire home a good goal when BK Hacken posted an emphatic 4-1 win over Falkengberg on Sunday.

Speaking in a post-match interview, Kwame Kizito stressed that he is relieved after netting his first goal of the season.

"I've been waiting for this for a long time and I'm so happy now," Kizito said after the game.

"When I looked up, I saw that the target was open so I decided to shoot. I felt confident that it would go in” he said.

He added, “Rasmus always says good things to me, it was fine by him and all the others in the team that hugged me.

"It was a great relief to finally make the first goal. I have been fighting for it for a long time and now that it has arrived I think there will be more”.

Kizito will now be hoping to enjoy more minutes for the Swedish top-flight club in hopes of getting more goals.