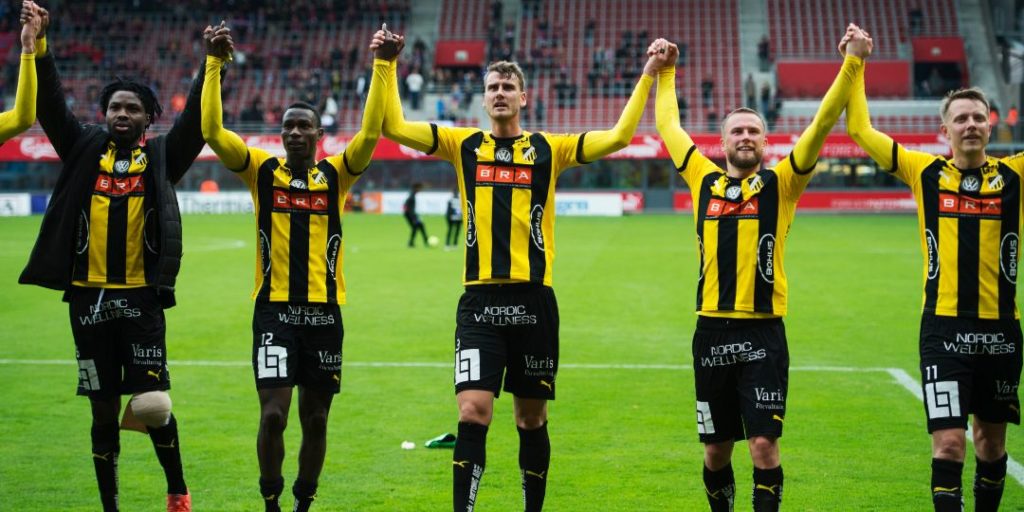 Ghanaian international, Kwame Kizito found the back of the net earlier today to help his BK Hacken side cruise to victory over Helsingborg in the Swedish Allsvenskan.

In an entertaining match week 28 fixture played at the Olympia Stadium, it was the away side that proved far superior to ensure they posted a 2-0 win over their opponent.

The former Hearts of Oak prolific striker was handed a starting role to lead BK Hacken’s attack and did very well with his hold up play in the first half.

As early as the 11th minute, the visitors were awarded a penalty. Brazilian forward Paulinho stepped up and expertly converted the kick to give his side the lead.

That goal sent BK into the first half break in a comfortable lead before Kwame Kizito provided the insurance goal in the second half. The forward sent his well-struck shot into the back of the net on the 55th minute.

He was later substituted on the 80th minute as BK Hacken ended the match with the 2-0 win to ensure they picked up the maximum points.

Kizito now has 3 goals to his name and will be hoping to score more in subsequent matches.