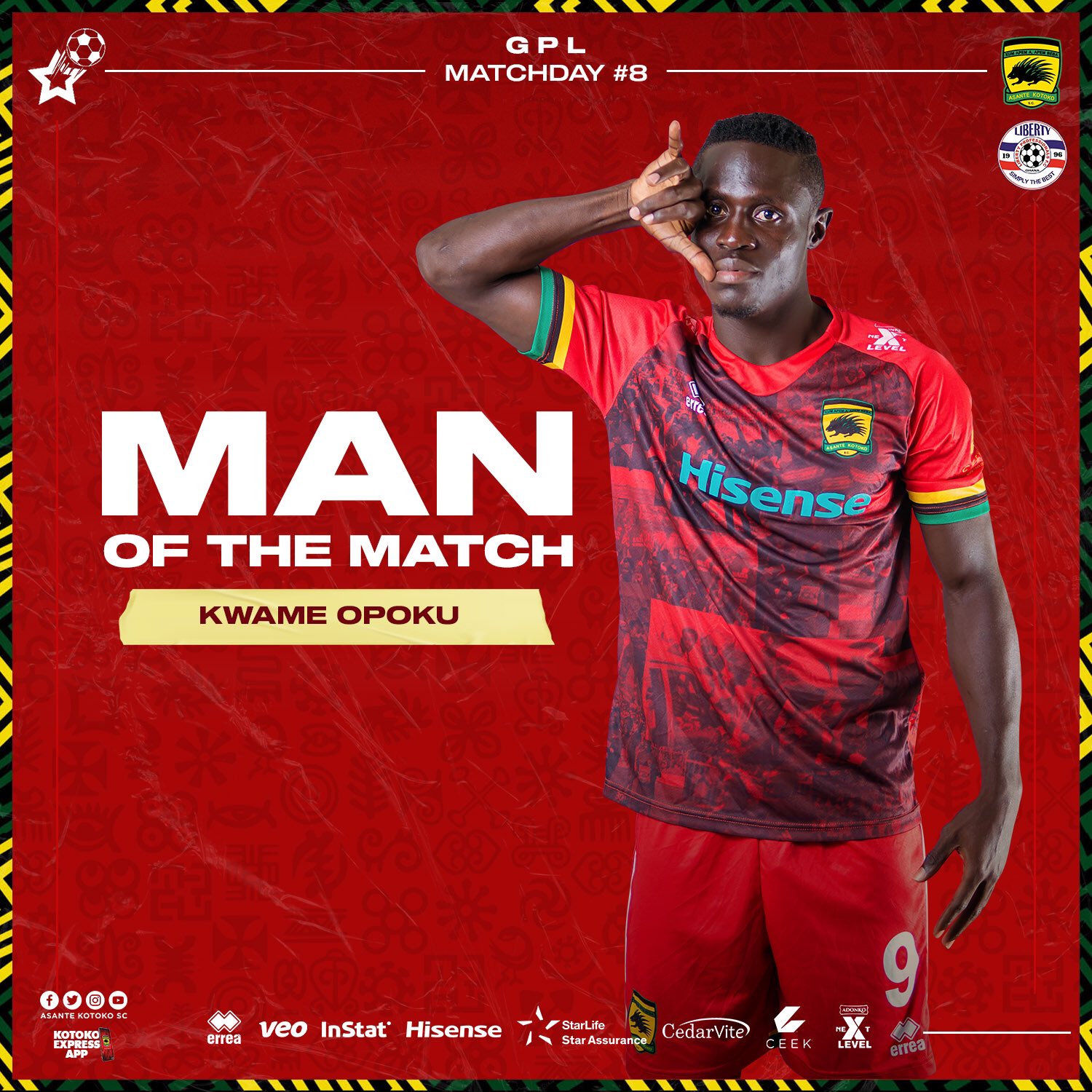 Young forward Kwame Opoku has been named the ‘Man of the Match’ for his heroics in Asante Kotoko’s 2-0 win against Liberty Professionals on Monday afternoon.

The highly-rated striker played as a starter for the Porcupine Warriors today when they played as a host to the matchday eight opponent of the 2020/2021 Ghana Premier League season at the Accra Sports Stadium.

Displaying top form in front of goal, Kwame Opoku netted a sensational hat-trick in the first half that propelled Asante Kotoko to a huge 2-0 win against Liberty Professionals at the end of the 90 minutes.

Assessing the performance of players at the end of the game, the prolific striker who now has five goals in the Ghana Premier League has been awarded the ‘Man of the Match’ award.