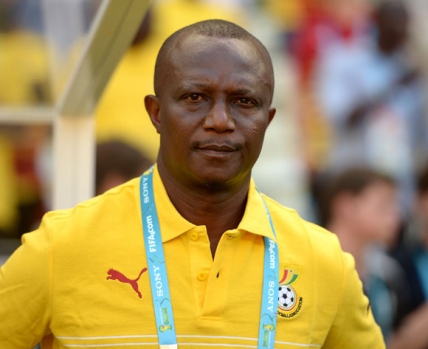 Should the GFA fail to acknowledge receipt as they have in the last two instances, the coach might be forced to exercise his right to proceed to FIFA for his money, as enshrined in his contract.

The terms of agreement say, should there be a dispute between the GFA and Appiah, FIFA would be the next course of action.

Joy Sports on May 18 reported that Mr. Appiah directed his lawyers to send a reminder to the local football governing body to demand the over $180,000 owed him.

This followed the GFA’s decision not to renew his contract that expired on December 31, 2020.

The move is necessitated by the GFA’s reluctance to respond to two letters sent in March and April 2020, sources said.

The Kurt Okraku-led administration insists they are not responsible for his emoluments, saying he should redirect his lenses to the Ministry of Youth and Sports.

The Secretariat of the FA forwarded the letters to the Youth and Sports Ministry, but have not communicated to Appiah.

The Ministry, however, have not had any formal conversation to reach an agreement for settlement, Joy Sports understands.

Sources at the Sports Ministry have admitted not engaging Appiah officially, but have spoken to him due to their ‘personal relationship’. They have asked him to be patient.

We gather, the accounts of the Sports Ministry were garnisheed in August 2019, which is the main reason he was not paid in the last five months of his contract.

Thus, he is owed five months salary and the winning bonus for the game against Sao Tomé and Principé.

Some ExCo members told Joy Sports the FA engaged Appiah’s services, but he knows they are not responsible for payments due him.

When the agreement was firmed, Appiah was adviced to take his monthly payments from the Sports Ministry. The arrangement was that his wages would be paid by GNPC through the Ministry, it emerged.

It was extended to December 31, 2019, by the now-defunct Normalisation Committee President, Dr. Kofi Amoah, and Alex Asante – who was acting Secretary-General at the time – under the same terms.

The camp of Appiah say this has given him the license to ask for his money from the institution.

They claim it is ‘disrespectful’ for the FA not to even acknowledge receipt of the letters and indicate engagement with the Sports Ministry, if any, to have his consideration.

“Why would the FA capture money due Kwasi Appiah as part of their debt if they know they don’t pay him?” a confidant of the former Black Stars captain fumed.

On Thursday, the GFA President, in an interview with Ghanaweb, said Appiah is not the only one owed.

“He knows the FA engaged him but the FA doesn’t pay his salaries. It’s the Ministry’s responsibility for the payment of salaries of all of our national team coaches and they do it via the sponsorship from GNPC so it’s a bit of a like triangle. So there are processes one has to go through, at times it delays and at times it does end quickly.

“Unfortunately, he went public, but it’s his singular prerogative and let me say it’s not only Kwasi Appiah who is owed, Stephen Appiah is owed, Richard Olele Kingston is owed too and even Avram Grant was owed but it has been cleared,” he added.

He revealed, “… we initiated the processes, everybody knows including Kwasi Appiah the processes that are involved.”

These processes appear unknown or unofficial and he may proceed to the apex of world football governance to ensure he is paid his money should the FA fail to reply the letter to be served them today.