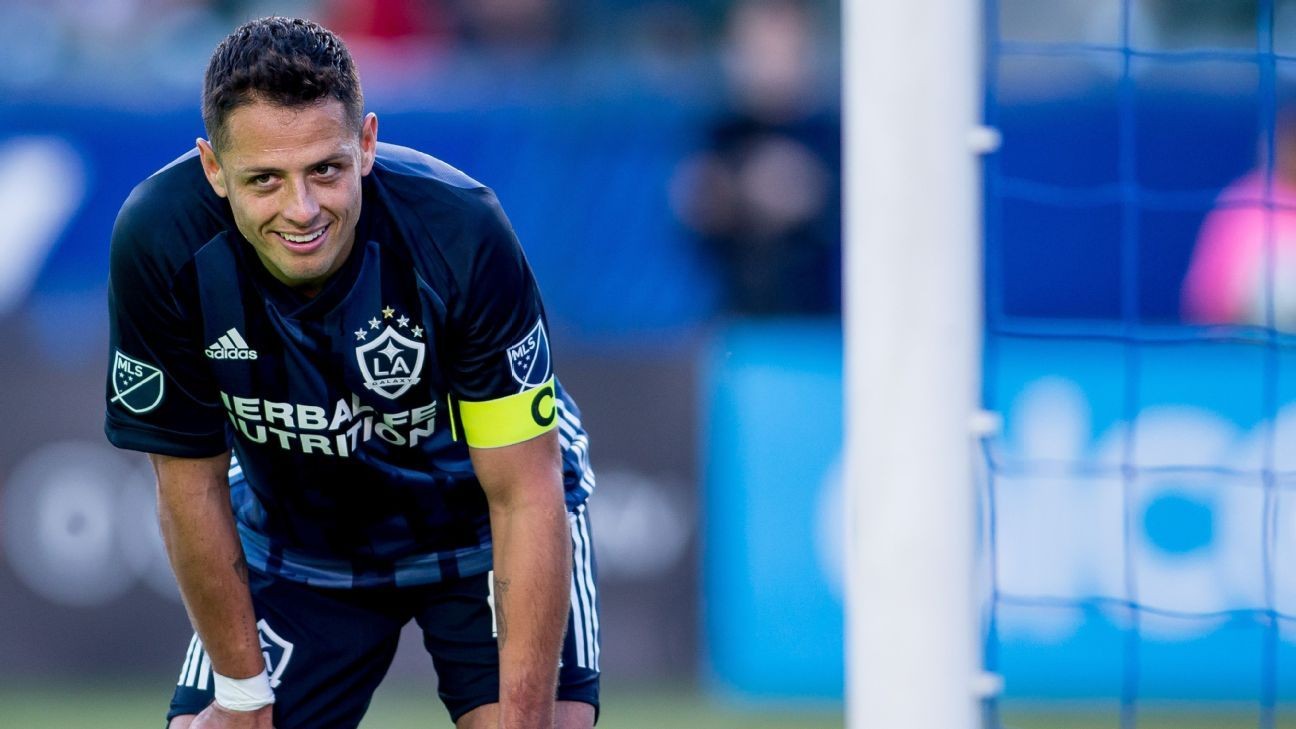 LA Galaxy striker Javier "Chicharito" Hernandez could be back for this weekend's derby against LAFC, in what would be his first game since injuring his right calf in training on July 16 in the MLS is Back Tournament.

The Mexico international has trained with the squad in Los Angeles this week, but won't make Wednesday's game away at Portland Timbers.

"Today I've been talking with him and with the doctor," said LA Galaxy coach Guillermo Barros Schelotto in a video conference. "He was training in the gym and on the pitch and training well, he's growing every day and I think this week he will take some big risks to take some steps forward."

He added: "I think he won't be ready for Portland, I don't know about LAFC, but I think we are very close to having him in our lineup."

The initial prognosis for Hernandez had been 3-4 weeks, but the recovery process for the former Manchester United striker has dragged on.

The Galaxy picked up only two points from its first five games of 2020, but has defeated LAFC and San Jose Earthquakes over their last two games.

Hernandez has so far netted one goal over four matches this season.