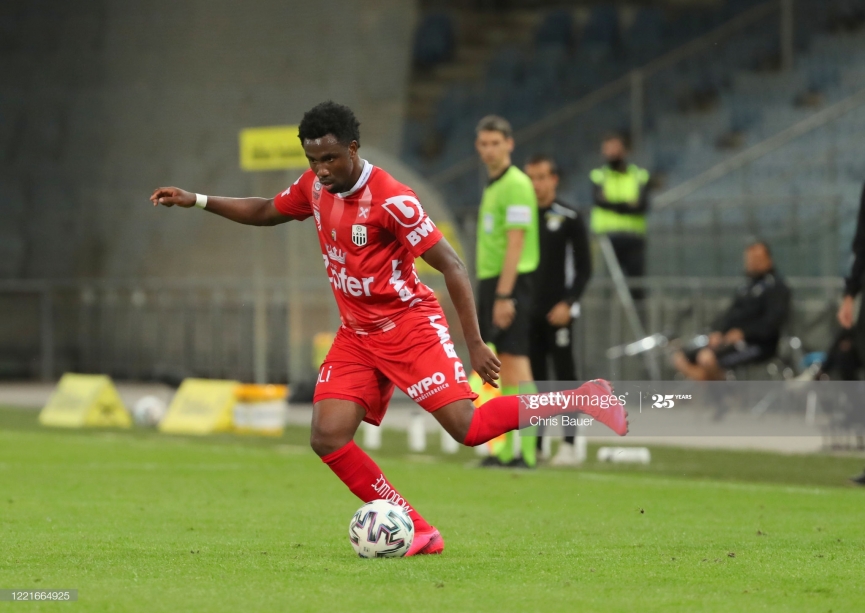 Former WAFA talisman, Samuel Tetteh will become a free agent this summer when he returns from his loan spell to Red Bull Salzburg.

The players this season has played at Austrian side LASK Linz where he joined at the beginning of the 2019/2020 football season.

The youngster has not only impressed for the club, he has earned a lot of applauses and is regarded as one of the best forward’s in the division.

With his loan deal with LASK Linz set to end at the end of the season, he would return to his parent club Red Bull Salzburg.

There too, his contract is to end in the summer which means he would become a free agent unless the Austrian giant offers him a contract extension.

This season, Samuel Tetteh has made 26 appearances and has scored 7 goals while providing 5 assists as well.