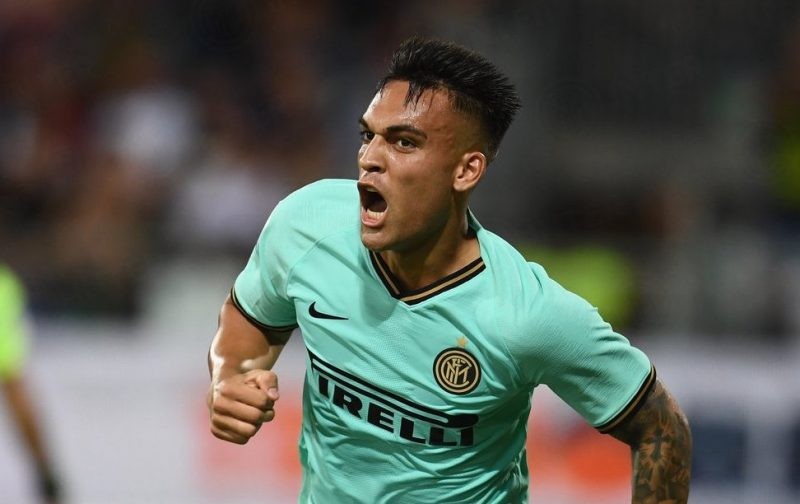 The agent of Inter striker Lautaro Martinez has opened the door for a move to Barcelona, as he thinks it would be great to see the Argentine play alongside Lionel Messi.

Fresh off a hat-trick against Mexico on Tuesday, the 22-year-old has now managed nine goals in just 13 senior caps for the Albiceleste.

With his form grabbing headlines, agent Beto Yaque has stated it would be wonderful to see Lautaro feature alongside Messi at Barcelona, not just at the international level.

“It would be great to see him with Messi at Barcelona,” he told  TyC Sports.

“It’s great to see him play like that, relaxed and happy. He’s been that relaxed since playing for the youth teams.

“He is very humble. When I went to meet him in Bahia Blanca, it was tough to take him from his home and his family, but I was lucky enough to have the trust of his family.

“I told him that he wouldn’t struggle to settle [at Inter] because I know that whatever he puts his mind to he achieves.

“It’s no small feat to play at the San Siro like it is your backyard.”

Since joining Inter in 2017, Lautaro has managed 10 goals in 37 appearances in all competitions.