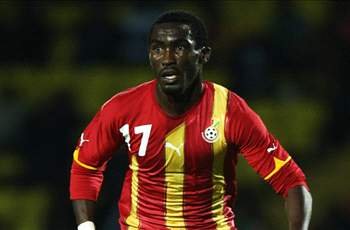 Former Black Stars defender, Lee Addy has disclosed that Ghana legend, Abedi Pele thought and instilled in him the character to play and succeed outside the shores of Ghana.

Addy, now 30 years of age started his career as a young player with Nania FC which is owned and coached by Abedi Pele.

Having passed through the hands of the ‘Maestro’ Lee Addy has in an interview with Joy Sports eulogized the former Olympic Marseille captain.

According to him, Abedi Pele though him everything including how to make it in Europe.

“Abedi taught me how to play. Abedi Pele had something called character and I think Dede Ayew has it now. [He showed us] the fighting spirit and what you are going to meet outside the country”, Lee Addy said.

He continued, “The European club who is coming to buy you is expecting that you play ten times better than the players there so you have to be fit and concentrated. You have to be very strong because they will frustrate you. Abedi taught us all these things”.

From Nania FC, Lee Addy moved to Bechem United before going on to play in Europe for Red Star Belgrade, Dinamo Zagreb, and some other clubs.