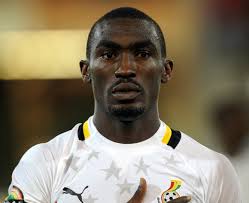 Former Red Star Belgrade defender, Lee Addy, stated that he was close to closing a deal with Mekelle FC, an Ethiopian top flight side but COVID-19 ultimately stopped it from happening.

After journeying in Europe and Asia, Addy moved to Ethiopia but was left stranded after COVID-19 hit the country. He and other players had to send a distress call which was later answered by the Ministry of Youth and Sports.

"I went to Ethiopia for a deal but when we were about the strike it, the FA called that the league will not continue anymore so I had to wait there. I got stuck there. I was not in Addis Ababa so I had to fly there. When I got there, I realized that the flights from there to Ghana had been closed so I had to stay there," he told Joy FM.

"People were wondering why I wanted to go to Ethiopia. I wanted to be the first Ghanaian who had played in a world cup to feature in the Ethiopian league and help the team there to win the [CAF] Champions League or [CAF] Confederation cup."

He also made it known that AshantiGold, Hearts of Oak and one other Ghanaian club are in talks with him about joining.

"I am still talking to my management [about a future move]. Three clubs in Ghana have shown interest but we are still in talks. For me, I hope I stay in Ghana and I will be very happy to give out what I have experienced abroad to Ghana here."

Addy featured for the Black Stars in multiple tournaments including the 2010 World Cup.