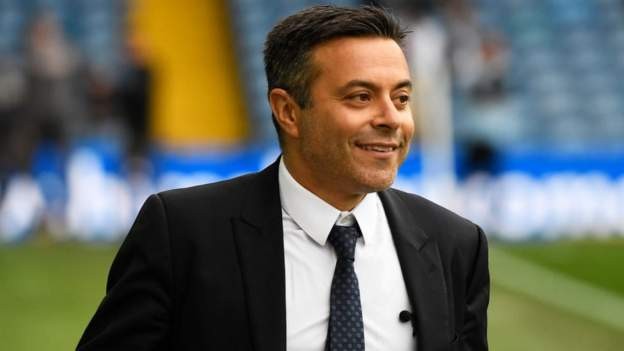 Leeds owner Andrea Radrizzani says Financial Fair Play rules must be enforced around the Saudi-led takeover of Newcastle United to ensure the 20 Premier League clubs are "playing the same game".

Last week, the Premier League approved the £305m takeover after receiving "legally binding assurances" that the Saudi Arabian state would not control Newcastle.

Instead the Public Investment Fund (PIF), which provided 80% of funds for the deal, is seen as separate to the state.

This is despite the Crown Prince of Saudi Arabia, Mohammed bin Salman, being listed as chair of PIF.

"If the rule allows the sovereign fund to buy the club, that is totally fine," said Radrizzani, speaking at the FT Business of Sport US Summit.

"It is more about how to regulate Financial Fair Play in the Premier League to maintain competitiveness and fair play for everybody."

Both European football's governing body Uefa and the Premier League have Financial Fair Play rules to avoid clubs spending beyond their means.

As part of the rules clubs need to balance football-related expenditure - transfers and wages - with income, including revenues raised by their commercial departments.

Both Uefa and the Premier League impose limits on the amount of money a club can lose over a certain period.

The Premier League's own investigation into Manchester City for breaching Financial Fair Play rules has yet to reach a conclusion, although the Blues escaped significant sanction from Uefa when they were cleared of all the major charges around manipulation of sponsorship deals at a Court of Arbitration for Sport appeal last year.

"The control of the regulation of the spending relating to revenues is important," said Radrizzani.

"Also it is important that the revenues are real because when you have a government or a state controlling a football club, then you can create sponsorship through a controlled company. Then we are not playing the same game."

NFL This Week: Watch all the highlights including NFL's return to London

Oasis at Knebworth: Was this the crowning moment in Britpop history?