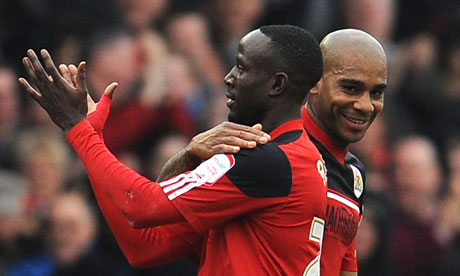 The Ghana international is angling a move away from Villa after talks for a new contract halted because of the financial crisis at the Championship side.

According to a report by Birmingham Live, Adomah is now attracting interest from former club Middlesbrough and Leeds United after news broke out over delays over the new contract.

The winger is a highly sought-after player after finishing as Villa's top scorer last season and collecting the players’ Player of the Year award.

The 30-year-old scored 15 goals for Villa last season which is his best-ever haul and wanted to stay at Villa in the foreseeable future.

Adomah and his family are settled in the area and the Londoner wanted to pledge his future to Villa after a stunning season in front of goal.

Lambeth-born Adomah joined the Robins from Barnet in 2010, netting 17 goals in 131 appearances before moving from Ashton Gate to Boro in 2013.