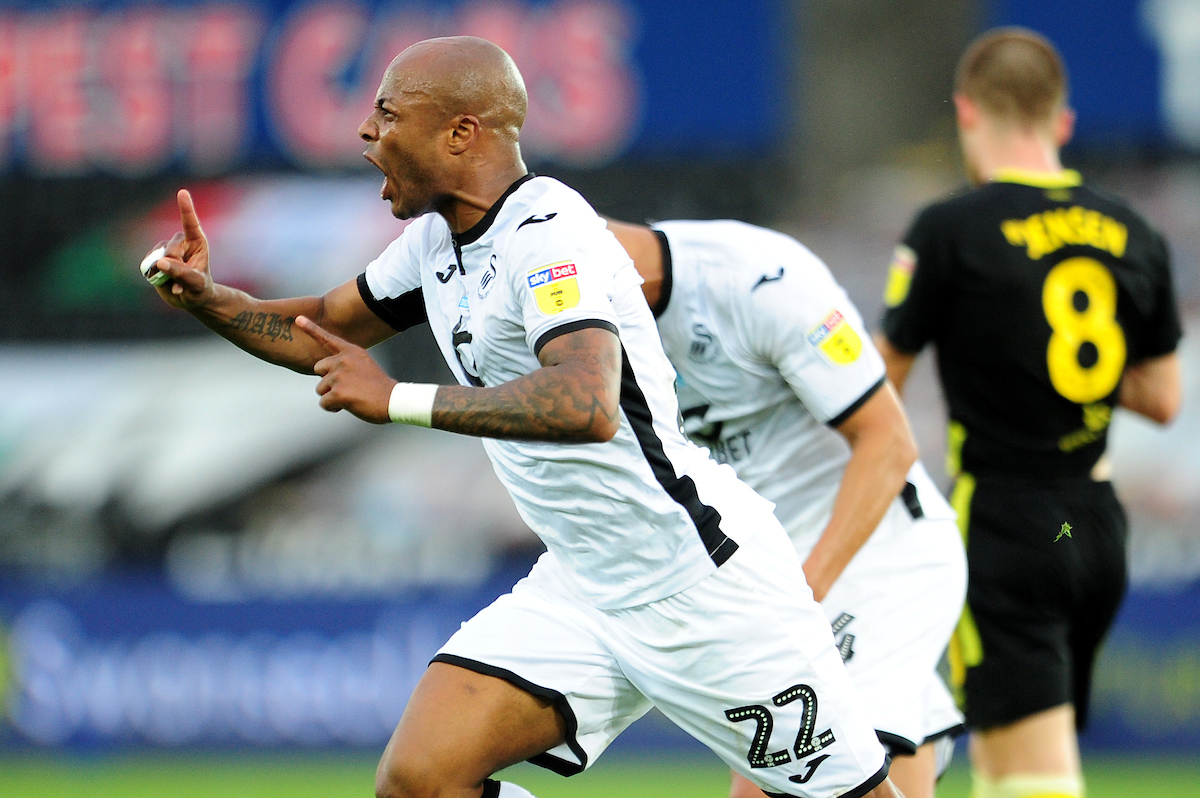 The supporters of Leeds United are expressing the desire to have the club sign Andre Ayew from Swansea City following his eye-catching performances this season.

Having returned from a loan stint with Fernabache last summer, the Ghana forward has been unplayable in the English Championship all season.

Last Sunday, the attacker put up another stellar performance for the Swans when they hosted Brentford at the Liberty Stadium for the first leg of the first round of the Championship playoffs.

At the end of the match, it was Andre Ayew’s cracker that separated the two teams to give Swansea City the advantage ahead of the return leg on Wednesday night.

Reacting to the performance of the forward after the Brentford match, Leeds United fans are calling on the club to sign him with some relishing a reunion with manager Marcelo Bielsa.

“I WOULD LOVE AYEW IN LEEDS. JUST SO THAT WHEN HE SCORED A BANGER I COULD TWEET ‘AYEW EVER SAW A BETTER GOAL?”, a Leeds Utd fan with the handle TOMMO said on Twitter.

Another by name Lee Thompson said: “ASIDE FROM THE PENALTY, AYEW IS A PLAYER. WOULD BE GREAT IN OUR TEAM. BIELSA LOVES HIM TOO. #LUFC”.

Andre Ayew and Marcelo Bielsa worked together at French Ligue 1 side Olympic Marseille and have a good relationship.

With Leeds United already back in the English Premier League, it could be an option for Andre Ayew if Swansea City fail in their quest and Marcelo Bielsa comes calling.