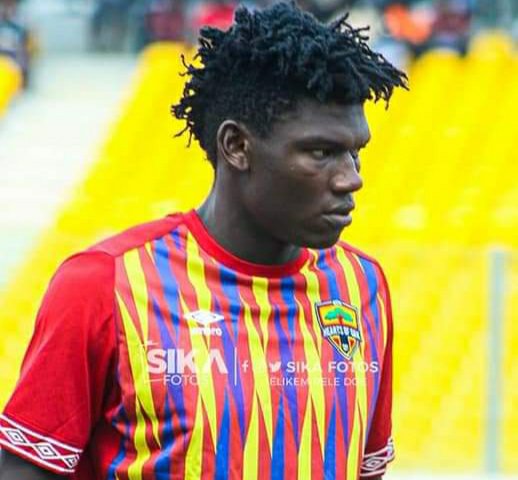 According to Adanse FM, Hearts' Congolese left-back has canceled his contract with the Phobians.

It is unknown what drove Ovouka to take this step, but sources in the Ghanaian media claim that the player and the club have had a contentious relationship in recent weeks, all because the club refused to allow him to join a team abroad.

In recent weeks, Ghanaian media have connected Ovouka to TP Mazembe, a French team, and a North American club. The Congolese was not included in Hearts' matchday squad that defeated newly promoted Accra Lions FC on Sunday, sparking suspicions over his impending exit.

The Congolese defender extended his contract with the Phobians in March and played a key role in Hearts of Oak winning two trophies last season.

See the termination letter below: 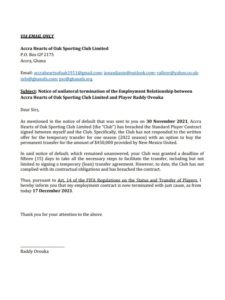