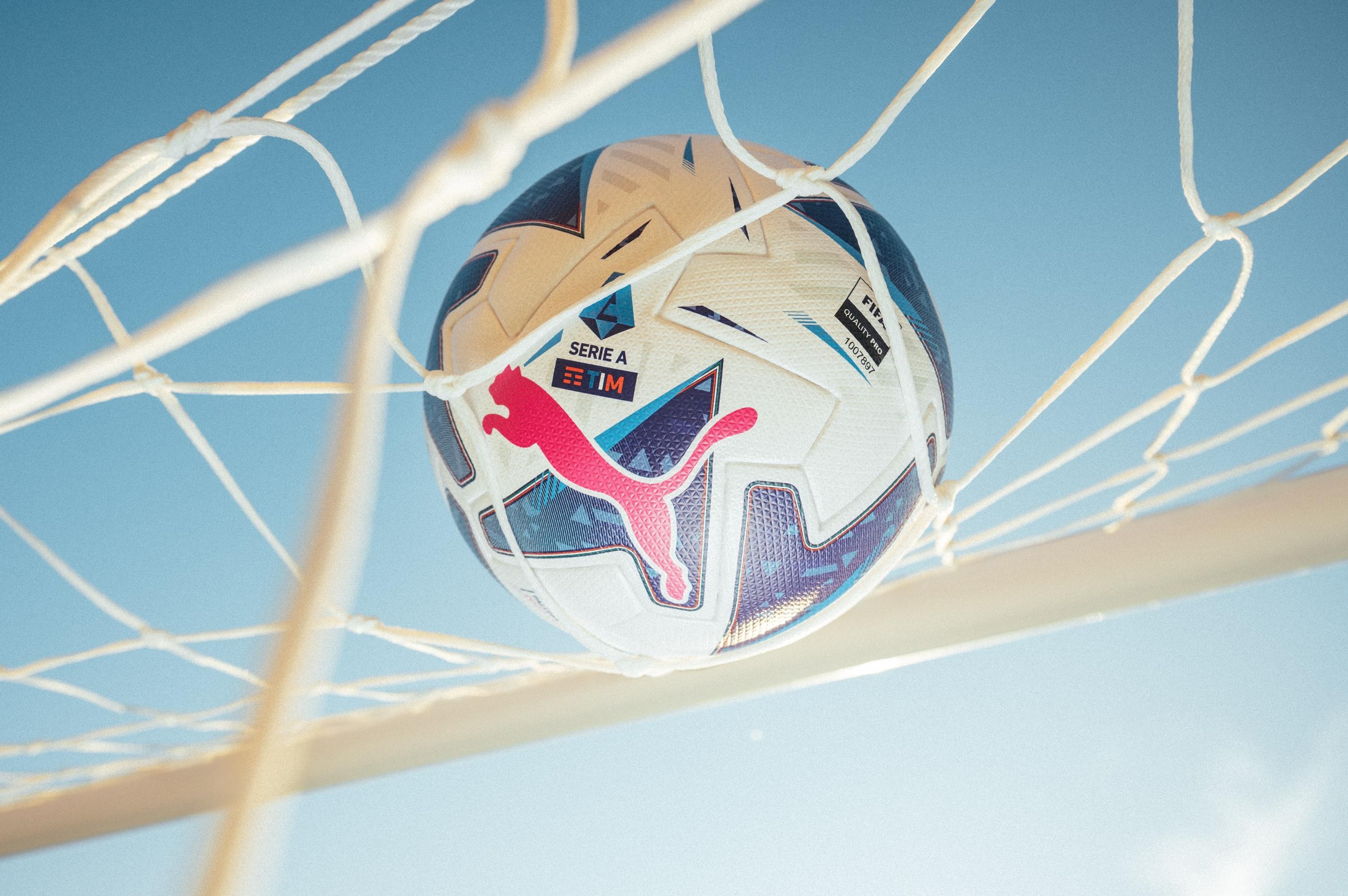 Lega Serie A and global sports company PUMA have today drawn the curtain back on a piece of footballing art with the new 2022/23 Serie A match football. Following the recent announcement in March that PUMA will become the Official technical Partner of Lega Serie A, PUMA has launched the new match ball to kick off the partnership.

With a total audience of more than one billion viewers in nearly 200 countries and over 530 million fans worldwide, Serie A is one of the most watched leagues in the world. PUMA is already active in Italian football through iconic teams such as AC Milan and US Sassuolo and over the years has collaborated with much-loved players including Diego Armando Maradona, Giorgio Chiellini and Gigi Buffon.

As a new era dawns on Lega Serie A, PUMA has unveiled the new ball, new culture campaign for the upcoming season by blending elements of Italian culture with modern and disruptive designs. The PUMA ORBITA Serie A features powerful graphics inspired by the Lega Serie A logo and blends elements of Italian progressive art. An additional detail places the Italian Tricolore around each of the custom graphics.

The pitch is a blank canvas with the ball as the center piece to create pure artistry on the pitch. The new ball is a blend of PUMA black, red, cool grey, sunset red, amazon green with a range of blue color palettes Integrated into the white base to ensure excellent ball visibility.

The PUMA ORBITA Serie A football offers a unique configuration of 12 large star-shaped panels which results in a reduced number of seams, allowing for a better connection with the ball. The ORBITA uses state-of-the-art technology to create the optimal sphere that maintains its shape and allows for less water absorption.

The ORBITA ball is a FIFA approved match ball, a guarantee of high performance that will be the center piece of masterful football by PUMA players Olivier Giroud, Alessandro Bastoni, Milan Škriniar, Alex Sandro, Emil Audero and Davide Frattesi.

"The moment of the launch of a new match ball is always very important at the beginning of a new season as it is the object that most evokes dreams and memories in each of us" - said Luigi De Siervo, CEO of Lega Serie A -. "PUMA's ORBITA Serie A match ball features a modern and eye-catching design that will certainly appeal to the younger generation. Moreover, the references to the Italian flag and the league logo strengthen the brand identity and its international recognition. The high quality of the materials will guarantee optimal performance to allow the protagonists on the pitch to offer the best possible show".

“Over the last year and a half, we have developed, tested and modified the new ORBITA to create a ball that will perform at the highest level. The new 12 star-shaped panel configuration results in the optimal sphere to allow for better connection on the ball,” said Thomas Schwarz, PUMA Head of Product Line Management Teamsport Individual. “We are excited to see the new ball in action in one of the top leagues in the world and hoping it will provide beautiful moments on the pitch”.

The PUMA ORBITA Serie A 2022/23 match football is available from July 1st at PUMA.com and at select retailers worldwide.