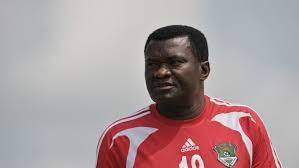 Kinnah Phiri is regarded as one of the most prolific players to ever don the Malawi national team jersey. Phiri, who is set to turn 66 next month however shocked everyone when he made the decision to retire from international football at the age of 27.

Having starred for Malawi between 1974 and 1981, Phiri scored an astonishing 71 goals in 115 games for the national team as well as guiding them to several CECAFA Senior Challenge Cup titles.

After his active days, he went on to venture into coaching and the Malawian legend is also the last tactician to take The Flames to the Total Africa Cup of Nations (AFCON) when he guided them to the 2010 tournament hosted by Angola.

CAFOnline caught up with Phiri where he talked in broad about his career both as a player and coach as well as his stint in managerial positions within the Football Association of Malawi (FAM).

CAFOnline: How did your football career start and take off?

I started playing football when I was still in primary school. I was spotted by one of the officials from the Football Association of Malawi when I was in Secondary School. When I was in Form Two, there was a schools’ competition and I was picked to play for the Malawi national schools team, and that is where my career started.

CAFOnline: What set you apart from every other kid at that time?

I was born very skilful. I was born an athletics person. I was very quick in primary school and because of that I competed in athletics, in the 100m. When I went to secondary school, I dropped athletics and continued with football, But that athletic body helped me a lot because I was very fast when pushing forward. I was dribbling with speed and it was very difficult for defenders to track me.

CAFOnline: You also earned your first top flight team when still in secondary school and you were being flown to Blantyre for matches every weekend?

When Bullets signed me in 1972, they didn’t want me to be transferred to Blantyre and also the headmaster at Chaminade liked me so much he didn’t want me to move. So they made an arrangement to fly me from Karonga to Blantyre on Friday and then fly back on Monday after a game. It went on and on until I finished my secondary school. 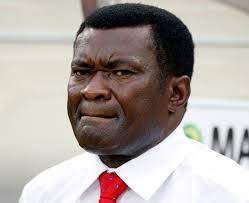 CAFOnline: What motivated you to always perform?

I was always self-motivated. I was very keen to watch players like Pele and others outside Malawi on how they would control the ball in the box, how they would score and how fast they were to take chances. I would follow those and I would go for my own training sessions just to improve.

CAFOnline: On a lighter note, there is a rumour that you would not eat after a game where you failed to score. Is this true?

Yes, I had a very tough spirit and I wouldn’t eat. Every time I went to a game, I would put myself in a position where I had to get a goal at all times, even when the game was very tough.

CAFOnline: You decided to retire from international football at 27 years, when most people thought you were at the prime of your career. Why did you make this decision?

I retired so early because I was a bit upset, as at that time when I was on top of the game, I had so many offers to play outside Malawi. I had an offer from Saudi Arabia and Zimbabwe but I was not cleared by the Federation.

Also, there was a club that came from Brazil to play Malawi in a friendly match the end of the game, they invited me together with goalkeeper Boniface Maganga to go to Brazil for trials but the Federation wanted us to be signed outright.

After this is when I decided to go to Swaziland and played there for six years for Manzini Wanderers as a player and in 1984, I was also a player-coach there.

CAFOnline: There are definitely some highs and lows in your career. Which is that one game that you would term as the most disappointing?

The most disappointing game was when Malawi lost 8-1 to Zambia here in Malawi and I scored the lone goal. It was a tough game because Zambia that time had a very strong team and it was such a heart-breaking loss for us to lose by such a margin.

CAFOnline: After you retired from playing, you took up coaching and you came back home in 2001 to rejoin Bullets as coach. What inspired that?

I was invited back by then President Bakili Muluzi. He is the one who called and asked me to come back and take the team for the Champions League assignments.

I took the team when it had already qualified for the CAF Champions League. We did very well. We eliminated Orlando Pirates of South Africa, Zanaco of Zambia and SC Villa of Uganda and we qualified for the quarter-finals. 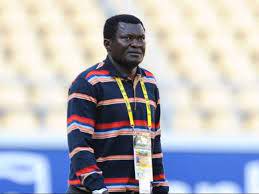 CAFOnline: Still on coaching successes, you are the last coach to take Malawi to the Cup of Nations. How was the campaign to qualify for Angola 2010?

Our qualification to AFCON was very difficult. The Malawi FA called me from South Africa after Stephen Constantine had left the team in Mozambique. The team was already in camp. I took the team from there.

My first game was a friendly match against Tanzania and we drew 2-2. We went on into the qualifiers that also doubled up as World Cup qualification matches and we had good results to take us into AFCON.

Heading into the AFCON, we prepared very well. We played friendly games against Egypt, Swaziland and Ghana and I could see the team was ready for the tournament.

In our first game in Angola we played Algeria and we surprised everybody by beating them 3-0. After that game, I didn’t even think we would lose in the qualifiers but in the second game, we lost 2-0 to Angola and in the third game, we lost 3-1 to Mali and we didn’t go through.

CAFOnline: You have been away from the coaching scene for a while. What next?

I would love Malawi to honour me with the same position that I was called for from outside to take up. I would like to continue with the position of director of football in Malawi so that I can work with the government and help improve soccer in Malawi.