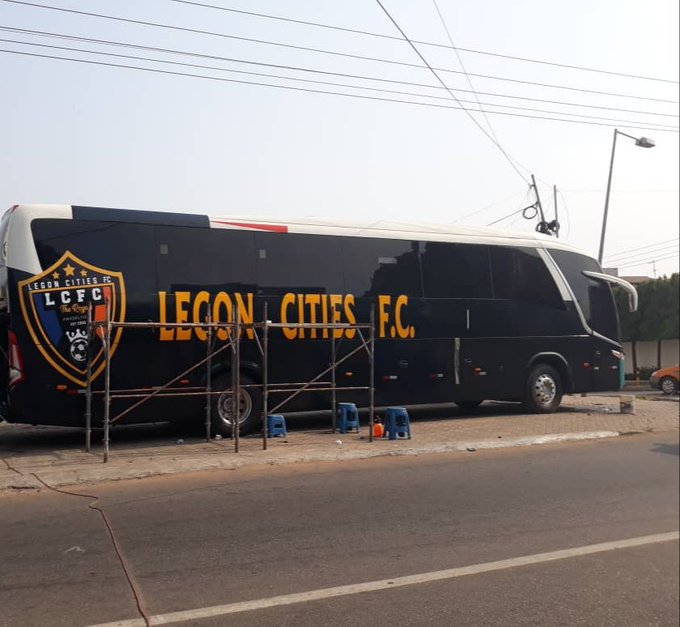 Ghana Premier League side Legon Cities FC has outdoored a new bus ahead of the commencement of the top-flight league on Sunday.

The Ghana Premier League is making a return after being inactive for the past year due to the Number 12 video that left the Ghana Football Association (GFA) on its knees.

Formerly known as Wa All Stars, Legon Cities FC has been taken over by new owners from former owner Lawyer Kwesi Nyantakyi who has been banned from all football-related activities by FIFA.

In a bid to rebrand the club, the new owners have been doing some changes in the last 24 hours. Earlier this morning they confirmed the name change of the club and also unveiled a new logo plus jerseys.

This evening, they have also shared a picture of a branded bus that will be used by the club for all their traveling exploits.

Set to come up against Liberty Professionals in an away match tomorrow, Legon Cities FC will likely travel to Dansoman with the beautifully designed bus.