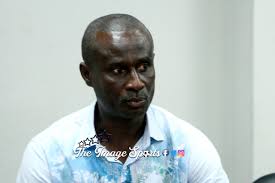 Bechem United coach Kwaku Danso believes that Legon Cities were not tactically superior to his men despite their 1-0 defeat to the Royals at the Accra Sports Stadium on Friday.

“[It was] very painful. We were here to win the match but unfortunately we lost. As I said they got the early goal to unsettle my boys so it was very painful but I think that is how football is. Tactically, you will see that they were not ahead of us. Second half we dominated play but unfortunately we didn’t get the result so we take it.” He told the media in the post-match conference.

The coach was slightly critical of the referee’s performance but he did admit that the official is human.

“I do not normally complain about officiating but you can see that the referee was not on top of the match. There were some decisions that I wasn’t much into it but he is a human being. I can commit a mistake [and] he can also do same so I give him the benefit of [the] doubt”.

Bechem United are now 6th on the log with 10 points and will aim to get back to winning ways in their next match.