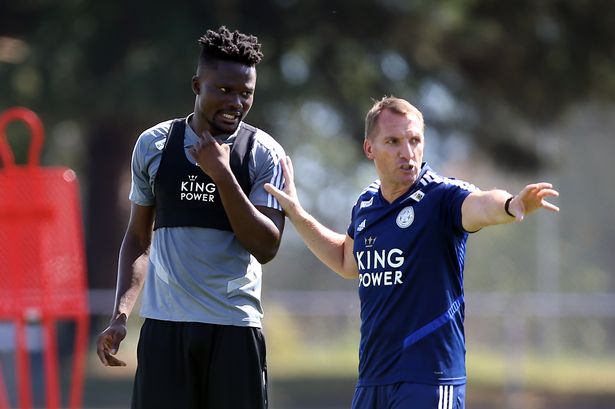 Leicester City manager Brendan Rogers has lauded the character of the fringe players in his team including Ghana international Daniel Amartey.

The former Liverpool gaffer has revealed that the fringe players have brought out the best in the regular players as they turn up at training and compete for places in the team.

Amartey is yet to feature for the Foxes this season after recovering from a lengthy injury lay-off.

“It’s not hard to keep the squad happy but I have empathy for the guys because we’re only at the level we’re at because of the players that aren’t playing," says Rogers.

"There’s Papy Mendy, who had been playing a lot of games [last season], and Daniel Amartey, those two aren’t even in the squad. There’s Hamza Choudhury.

"Their mentality and focus allows us to be the best that we can. It’s my job to manage that, I speak a lot with the players, they understand where it’s at, they’re clear on where they stand within the squad.

"I recognize how difficult it is, but they never show it. They turn up every day to train, to be the best they can be."