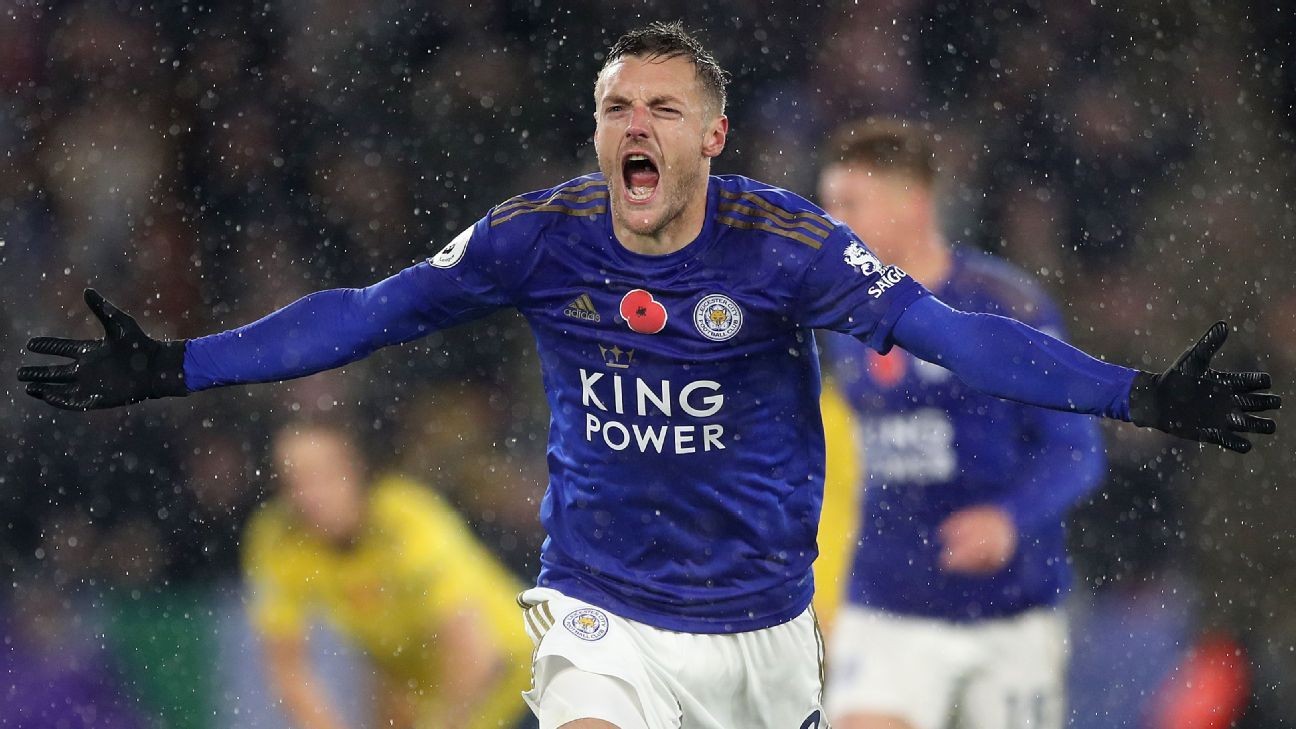 Jamie Vardy and James Maddison struck second-half goals as Leicester City beat an unimpressive Arsenal 2-0 at the King Power Stadium on Saturday to move into second place in the Premier League.

Leicester have 26 points and are above Chelsea on goal difference, leading champions Manchester City by a point ahead of their trip to leaders Liverpool on Sunday.

Arsenal had a 55th-minute effort from Pierre-Emerick Aubameyang ruled out for offside after a VAR review and 13 minutes later Leicester struck.

Vardy produced a characteristic, confident first-time finish from just inside the box after neat passing in the build-up from a confident Leicester side, clearly enjoying their football under Brendan Rodgers.

The goal was Vardy's ninth in 10 appearances against Arsenal and he went close to a second in the 72nd minute but his low drive was kept out by Bernd Leno.

Three minutes later, Vardy turned provider for the Foxes' second, poking the ball back to Maddison whose sweet, low strike whistled past Leno.