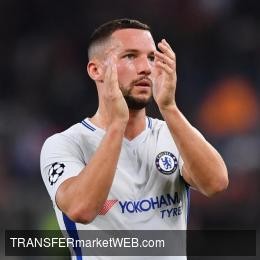 Leicester did enquire about Drinkwater before the summer transfer window closed but were unable to agree a deal with Chelsea. The 28-year-old, who started his career at Manchester United and who cost Chelsea £35million 12 months ago, could leave in January if first-team football continues to elude him.

Southampton are another club that looked at Drinkwater in the summer and could rival Leicester in wanting a loan deal for the second half of the season.