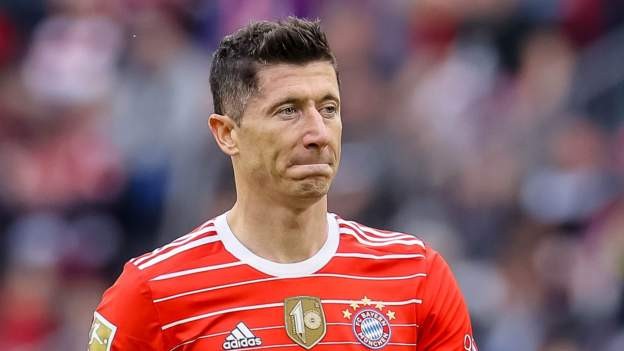 The Pole, 33, has scored 343 times in 373 games for Bayern - their second-highest scorer of all time behind Gerd Muller since arriving in 2014.

"He informed me that he does not want to accept our offer to extend the contract and that we would like to leave," Salihamidzic told Sky Germany.

"He said he wants to do something else."

Lewandowski, whose contract runs until the summer of 2023, he has been heavily linked with a move away, including a switch to Barcelona.

However, Salihamidzic suggested the striker, also the second-highest goal scorer in Bundesliga history behind Muller and winner of the past two Fifa men's player of the year awards, would not be allowed to leave.

Since joining from Borussia Dortmund, Lewandowski has won the league in all eight of his seasons at Bayern and also won the Champions League in 2019-20.

Last year, Lewandowski broke Muller's 49-year record for most Bundesliga goals in a calendar year with 43 in 34 games.

He has scored 49 in 45 appearances in all competitions going into Bayern's final Bundesliga game of the season, away to Wolfsburg, on Saturday.