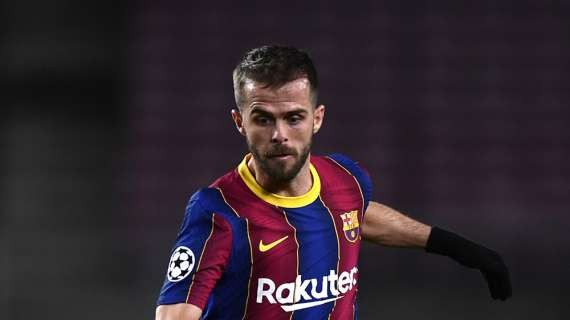 Possibly leaving Barcelona FC after just one season in, 31-year old Bosnian international midfielder Miralem Pjanic, disappointed with the game time amount Blaugrana boss Ronald Koeman provided him, has been targeted by both Chelsea and Paris Saint-Germain, according to Le10Sport. Either club had already pursued him in the past, even since he was playing for AS Roma.

Still on a deal with Spanish giants until June 2024, former Olympique Lyonnais playmaker has been heavily linked to a Bianconeri move back, where he would work again under former boss of his Massimiliano Allegri. Pjanic was handed out by Italian giants last summer, within a swap deal involving Arthur move on the other way around.