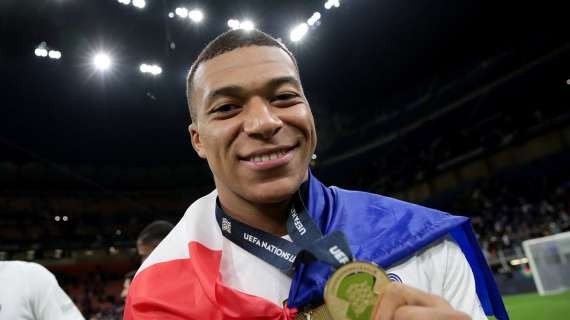 Speaking to El Larguero – transcribed in Foot Mercato – Paris Saint-Germain manager Mauricio Pochettino has expressed his desire for forward Kylian Mbappé to renew his contract with the club.

Despite this summer’s transfer saga and recent interviews in French press explaining his desire to leave, the World Cup winner does not appear to have completely shut the door to extending his contract.

“The club will try to convince and persuade him so that he stays here. As manager, I would be delighted if he stayed here for many more years.”

“We shouldn’t underestimate players, they have an entourage, advisers, and their own opinion. He will take the decision he has to and the club will do everything it can to keep Kylian, because we’re talking about one of the best players in the world, with a great potential, he’s only 22.”

“I saw a few extracts of his last interview [with L’Équipe/RMC], I get the feeling that the situation is open and that anything can happen in the future. He explained his position a few months ago and that can change. The club remains hopeful and has the capacity to convince him and to give him the means to be happy here and enjoy himself when he plays football. But the decision whether to accept it is up to him.”

“I have no doubts on his professionalism and I know that right up until the final day, whether that’s on June 30 2022 or in 5 or 10 years, he will be 100% professional. We’ll see with time, I have no doubts. There are no absolute truths. From spending time with him, he seems to have a head on his shoulders to be able to deal with these kinds of situations. We can’t predict what’s going to happen but he seems well-equipped to deal with any challenge.”