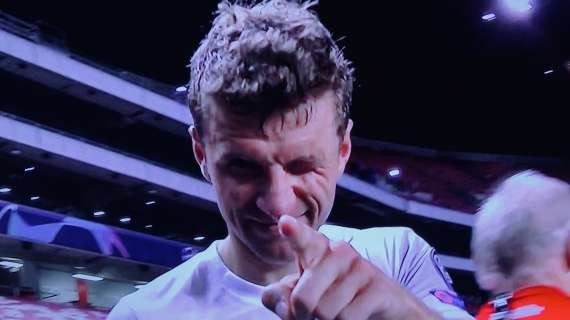 Muller scored the first goal at the Camp Nou before Robert Lewandowski netted twice, giving the Bundesliga giants a devastating display of how far their opponents have fallen.

Without Lionel Messi for the first time since 2003, Barcelona were outplayed by a Bayern Munich side that may have scored more after weathering the hosts' early storm.

After 34 minutes, Muller put Bayern ahead when his long-range drive took a deflection that caught Barca goalkeeper Marc-Andre ter Stegen off guard.

"From the middle of the first half, things went much better," said Muller.

"We had some good counter-attacks and won the ball, we didn't allow a lot at the back, but we could have scored a goal or two more up front.

"If you win 3-0 here at the start of the competition, that's a very important signal. We are very pleased."