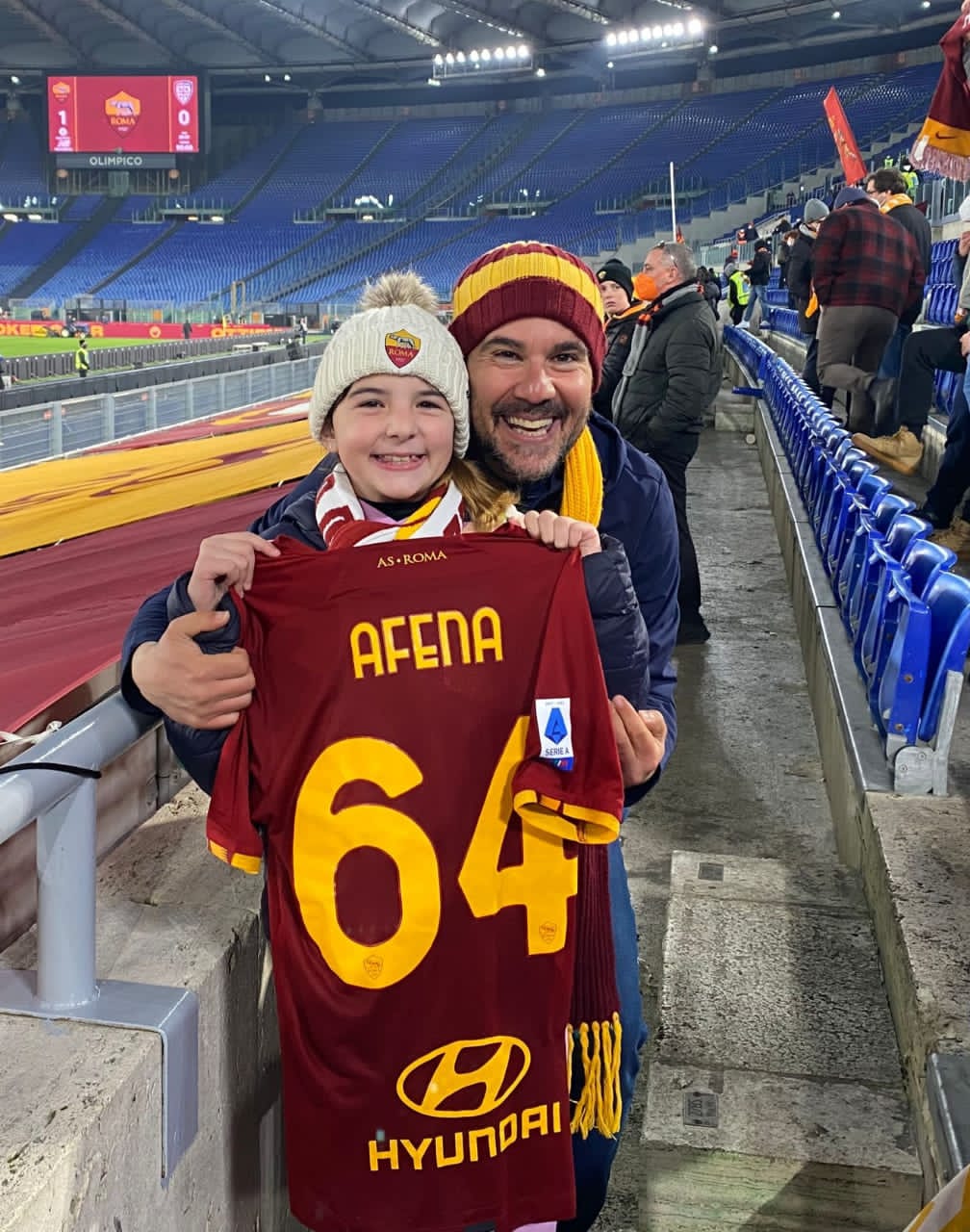 AS Roma forward Felix Afena Ohene-Gyan received a video of appreciation from a young Roma fan Adelia on his birthday yesterday after Gyan had shown the little girl a kind gesture.

Afena Gyan threw his Jersey to Adelia in the stands after their Roma bounced back to winning ways with a 1-0 victory over Cagliari.

Adelia in a short video sent to the striker expressed her gratitude to the Ghanaian in Italia translated below.

Three months ago, Felix made his debut against Cagliari where he came on as a substitute and helped Roma secure a 2-0 on the road.  A cameo that received praise from his manager Jose Mourinho in an Instagram post.

Since then Afena-Gyan has made eight appearances for the Giallorossi, starting two and finding the net on two occasions.