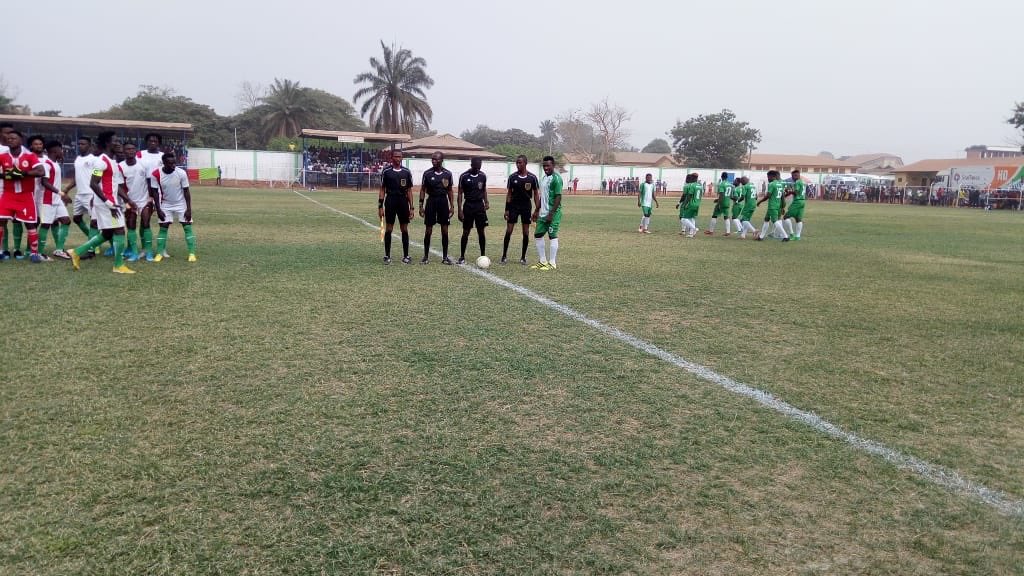 The two top-flight clubs are meeting on Match Week 10 of the ongoing 2019/2020 Ghanaian top-flight season at the Ohene Ameyaw Park.

Below are the lineups for the club with kick-off just five minutes away.

And we are off at the Ohene Ameyaw Park. Sit back as we bring to you live text commentary of the first 45 minutes.

The home team has been stunned. A good start from King Faisal sees Ibrahim Osman breaking the deadline with a beautiful strike.

Techiman Eleven Wonders yet to settle into the match. It will be interesting to see how they will respond in front of the home supporters.

The intensity of the match is gradually building up. Both teams playing some fine football but no additional goals yet.

The home side is gradually coming in the game but yet to test our goalkeeper. Free kick for King Faisal, Danso heads the ball but Wonders defenders clear the danger. King Faisal players calling for a penalty but the referee says no.

Charles Adu Gyamfi giving Rashid Mohammed a tough game here. The only time you can get the ball out of his feet is to bring him down.

Free kick for Eleven Wonders in front of the penalty box. Mugeese steps up to take it but blasts it against the human wall.

Corner for Eleven Wonders, Musa Sule heads the ball home but a great goal-line clearance by Gyamfi denied the home side.

The 45 minutes are up: We will do 2 minutes of additional time.

We are back from recess. Another 45 minutes to go.

Who wins this one?

King Faisal attacker Mugeese beat his marker on the left side but his final delivery is poor.

Free kick for King Faisal but Frimpomg's shot is blocked. Great Save by John.mopsie to deny Mujeeb Hakeem.

Goaaal. What a goal from Samuel Boakye as he makes it 2-1 for Eleven Wonders.

W are into the final minutes of the match here. This will be painful to lose for King Faisal.

It is all over at the Ohene Ameyaw Park. It ends 2-1 in favour of Techiman Eleven Wonders.

Make that 10 matches without a win for King Faisal. Worse run in the Ghana Premier League so far.