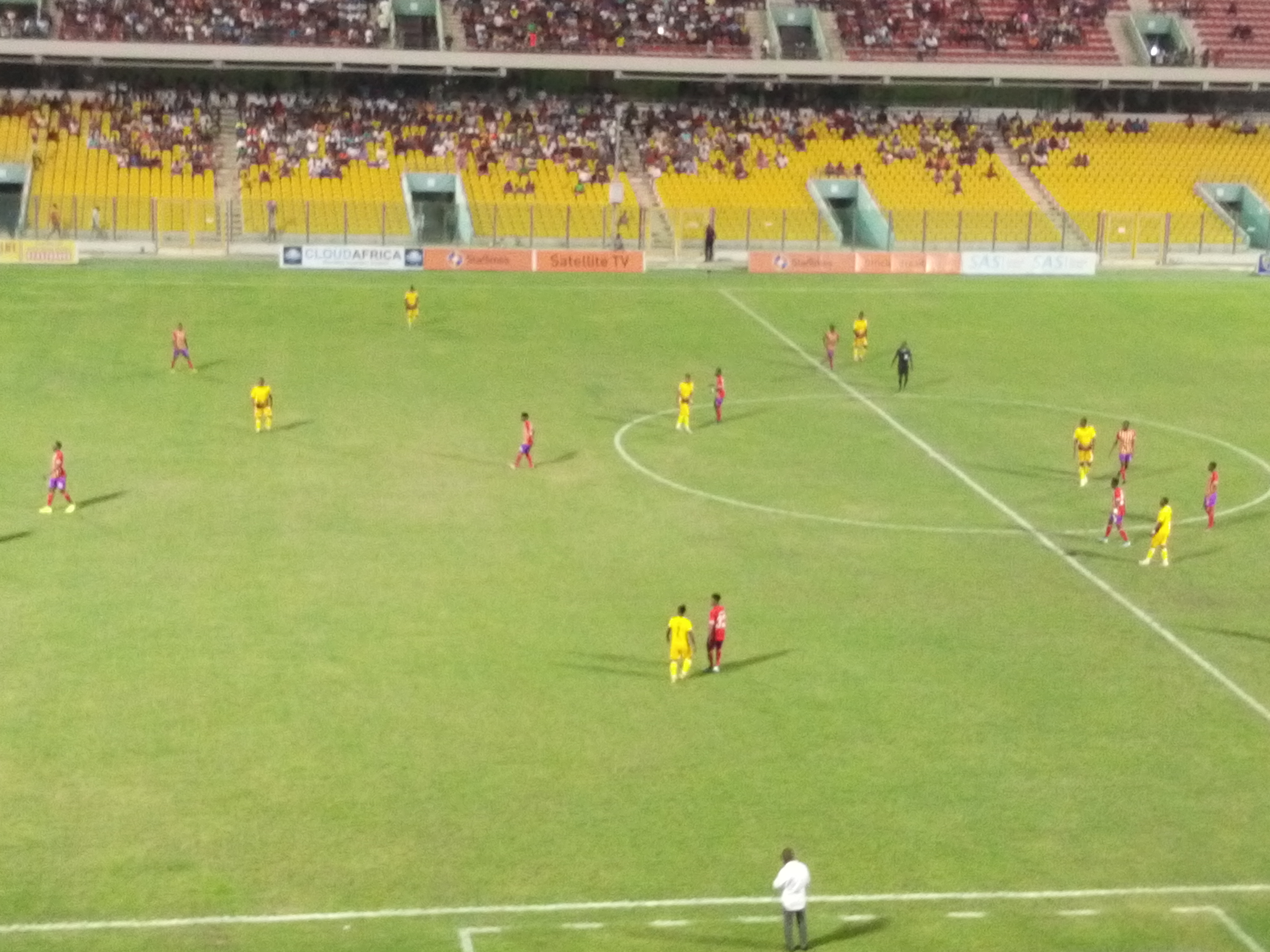 Good evening and welcome to the live text commentary session from the footballghana.com sports team.

We continue our converage of the ongoing 2019/2020 Ghana Premier League season by bringing you this update on Match Week 8.

And we are off. The match has started here at the Accra Sports Stadium. Both teams yet to settle.

Loud shouts for a penalty but the referee will have none of that. The Hearts fans are not happy.

Game gradually building up. The home team looks dangerous anytime they go forward. So far Ashgold staying compact at the back.

Approaching the half hour mark as the scoreline remains barren.

Neither side showing much intent with the game dragging a bit in the last 10 minutes.

A good chance for Hearts of Oak but Daniel Afriyie Barnieh is unable to convert.

Five minutes to end the first half.

The Phobians looking fot the first goal in the final minutes of the first half but goalkeeper Frank Boateng doing his best to keep Ashgold in the match.

Referee Latif Adaari whistles to end the first half. Still, nothing separates the two teams.

We will be back after 15 minutes with the second half.

Second half underway. Who gets the opening goal?

That was close. Appiah McCarthy drives one from distance but goalkeeper Richard Attah produces a fantastic save to deny the Miners the opening goal.

An entertaining match on our hand now.

We are in the last 20 minutes of the match.. Hearts of Oak coach Edward Nii Odoom makes two successive changes as he tries to win the match from the bench.

In the closing minutes of the second half now. Still anybody's match to win.

It's all over here at the Accra Sports Stadium.