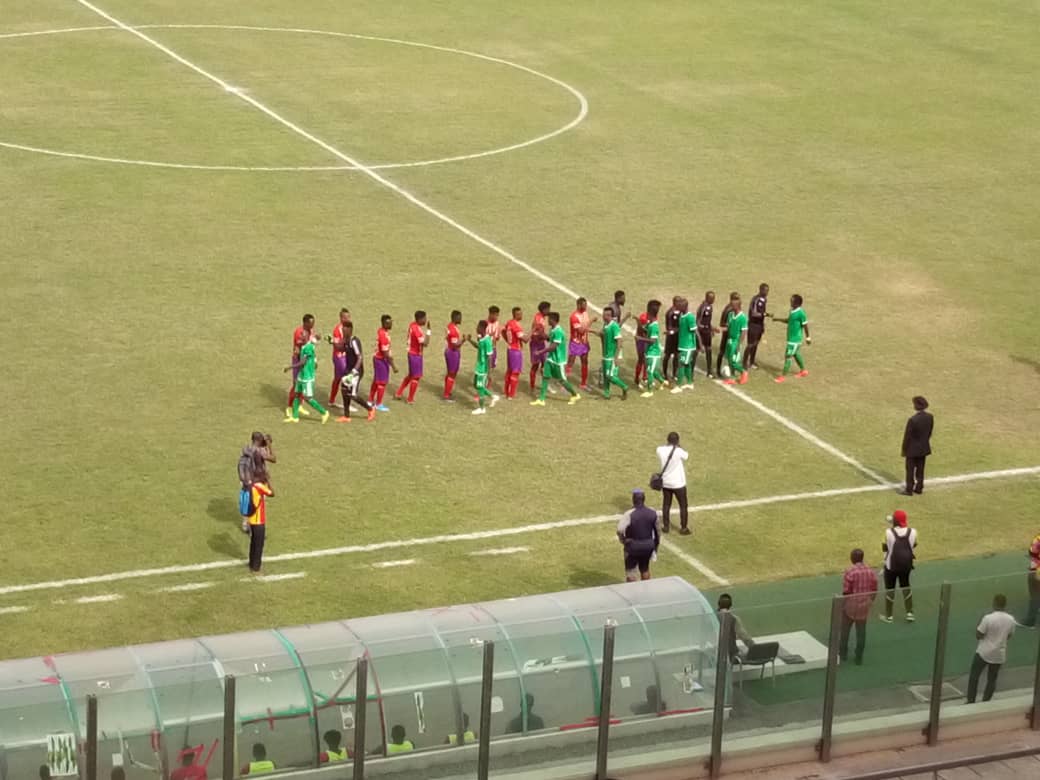 Ghanaian giants, Accra Hearts of Oak return to action in the domestic top-flight as they take on Elmina Sharks at the Accra Sports Stadium.

In what will be a Matchday 12 fixture of the ongoing 2019/2020 Ghana Premier League season, the Phobians are hoping to amass all 3 maximum points at the end of the 90 minutes to boost their chances of climbing into the top-four before the first round of the campaign comes to a close.

We are off at the Accra Sports Stadium as the home team kicks as off. Who gets the first goal?

Hearts of Oak have been all over the place in the last 10 minutes but yet to really threaten the goalkeeper of Elmina Sharks.

The away team staying compact but needs to up their game before the pressure gets to them.

The game has gradually opened up in the last few minutes with the away team coming in strong with continuous attacks into the Phobians territory.

A quick counter-attacking play from Hearts of Oak. Kofi Kordzi tries to tee up Joseph Esso but it is well intercepted out of play. It will be a corner for the Rainbow lads.

The resulting kick is unfortunately wasted.

Dennis Mensah scores with a half volley from outside the 18 areas of Hearts of Oak.

The Phobians try to make an instant impact to restore parity. Esso combination with Kordzi fails once again.

Kofi Kordzi heads home the equalizer from a corner kick.

45 Minutes played: We will do 3 minutes of added time.

That will be all for the first half. We will be back after 15 minutes for the second half updates.

We are back underway for the second half action as Elmina Sharks kick us off.

Will there be a winner?

It's been a closely fought affair since those substitutions. Nettey has just got close with an effort taken just outside the box

The 90 minutes are up. We will play four minutes of additional time.