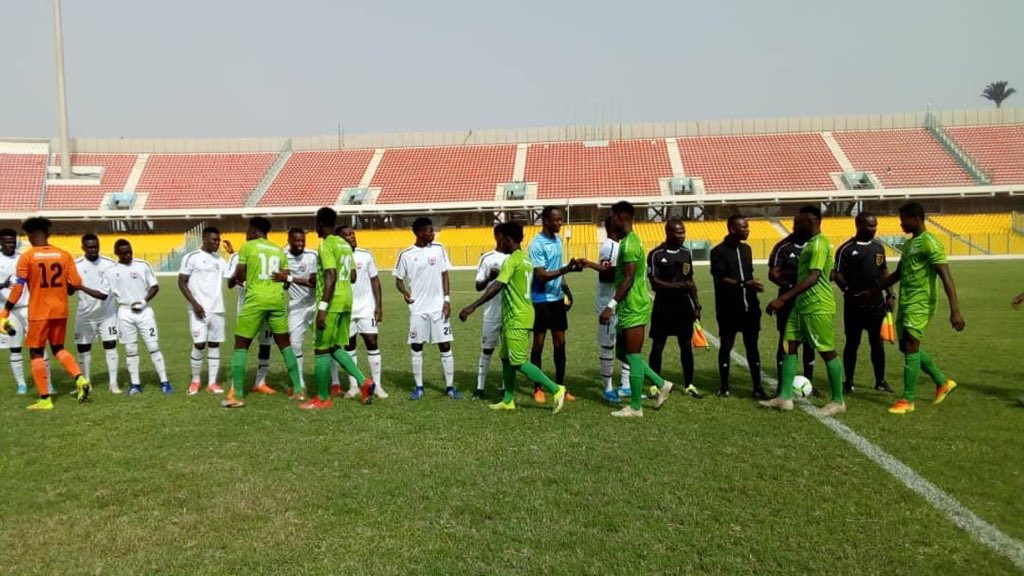 The second Match Week 2 game of the 2019/2020 Ghana Premier League season is currently underway at the Accra Stadium where Inter Allies is hosting Bechem United.

Following a very good start to the match, Inter Allies has taken a deserved lead through Kwabena Kyeremanteng in the 8th minute.

Bechem United comes close to restoring parity but the effort from the attacker is dealt with by the goalkeeper for the home team.

A good run of play from the away team finally yields results as Salifu Moro fires in a fine strike to bring Bechem United level after 22 minutes of play.

The game has dragged a bit with both teams trying to swing passes to try and take control of the match from midfield.

Three minutes to end the first half and its a goal for Inter Allies who go into the lead for the second time in the match. Star-man Victorien Adje Adebayor scores with a fine effort on the 42nd minute.

It is half-time at the Accra Sports Stadium: Inter Allies 2-1 Bechem United.

We are back underway at the Accra Sports Stadium. Early minutes in the second half with Bechem United trying to find a way back into the match.

Ten minutes to end proceedings with the scoreline static at 2-1 in favour of Inter Allies.

Bechem United needs to up their game if they want to return home with a point.

The Tema-based side records first win of the 2019/2020 Ghana Premier League season.