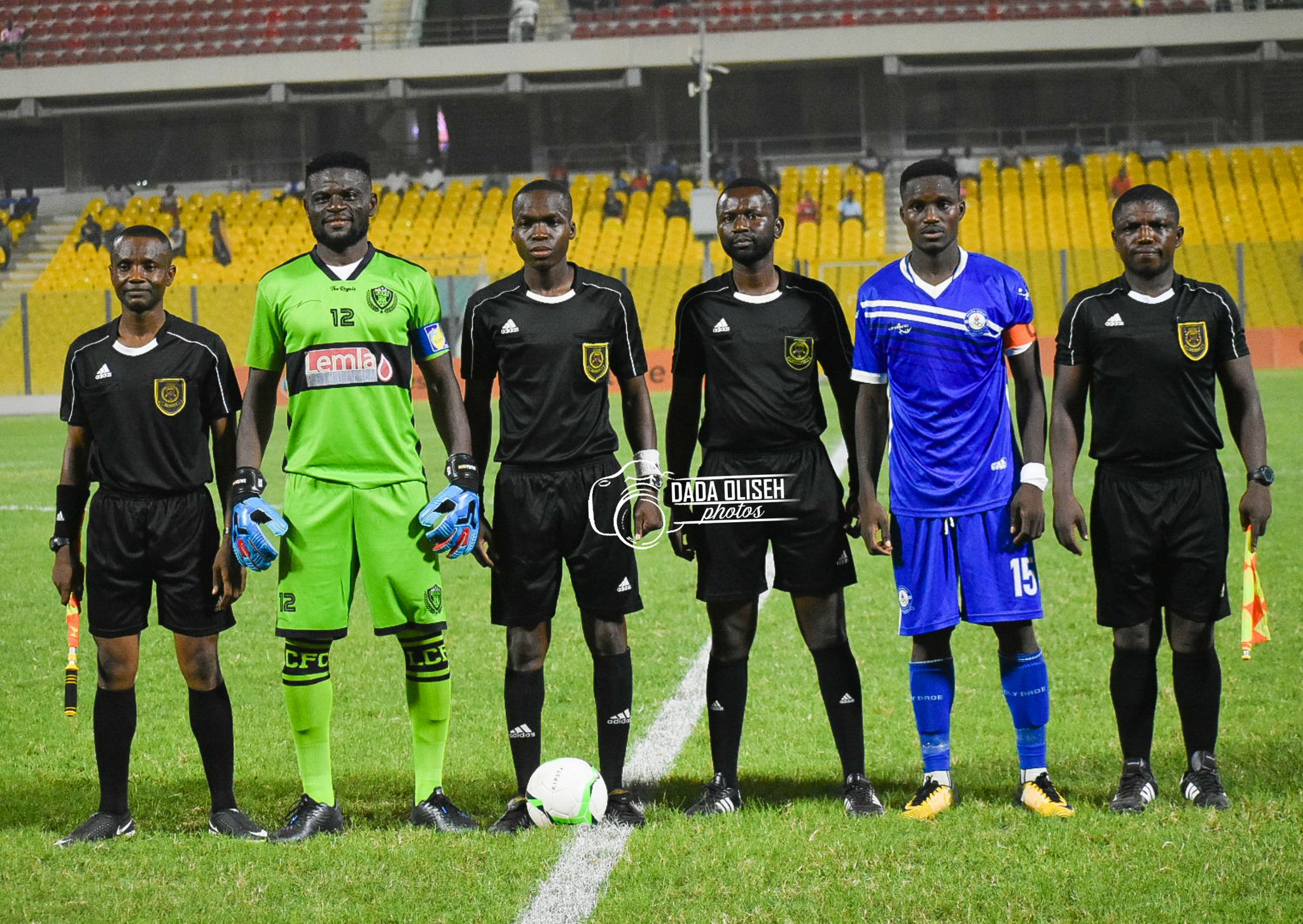 Good evening and welcome to the Valentine's day coverage of the Ghana Premier League encounter between Legon Cities FC and Great Olympics.

The two capital-based clubs are locking horns in a Match Week 10 fixture of the ongoing 2019/2020 Ghanaian top-flight season.

In a match that promises fireworks after a fine build-up, both clubs will seek a win to earn the maximum points at the end of the 90 minutes to ensure they improved their respective positions on the standings of the division.

Here we go: Match has started here at the Accra Sports Stadium.

Who gets the first goal?

CHANCE! Cephas Doku with the game's earliest opportunity. He dragged his man wide and shoot but goes straight into Olympics goalkeeper's hands.

It has been five minutes into the first half now. Both teams playing with caution to avoid conceding an early goal.

So far so good. Both teams are trying so hard to find their rhythm.

A chance for Legon Cities FC. Yakubu Mohamed with a flick there but goes wide after he has been set through by his winger Abdul Karim Jabila.

Cephas Doku tries his luck from distance but way over the roof of the net.

It's Legon Cities FC all over at the moment. Keeping possession and surging forward when the need arises.

Goaaaaal. Legon Cities have taken the lead. Yakubu Mohammed with a fine goal there.

Legon Cities FC goalkeeper with the best of saves that we have seen so far in 2020 to deny Accra Great Olympics the equalizer.

Ibrahim Sulley with a fine strike on the 37th minute to draw level for Great Olympics.

It is halftime at the Accra Sports Stadium.

We are back underway at the Accra Sports Stadium. Still anybody's game.

Huge huge chance falling the way of Cephas Doku but yet again, his final delivery let him down.

Looks like Legon Cities FC needs the win more as they continue their search for the winning goal.

A pulsating encounter so far in the second half. Both teams pushing for the next goal. Any club that gets it might just knick it.