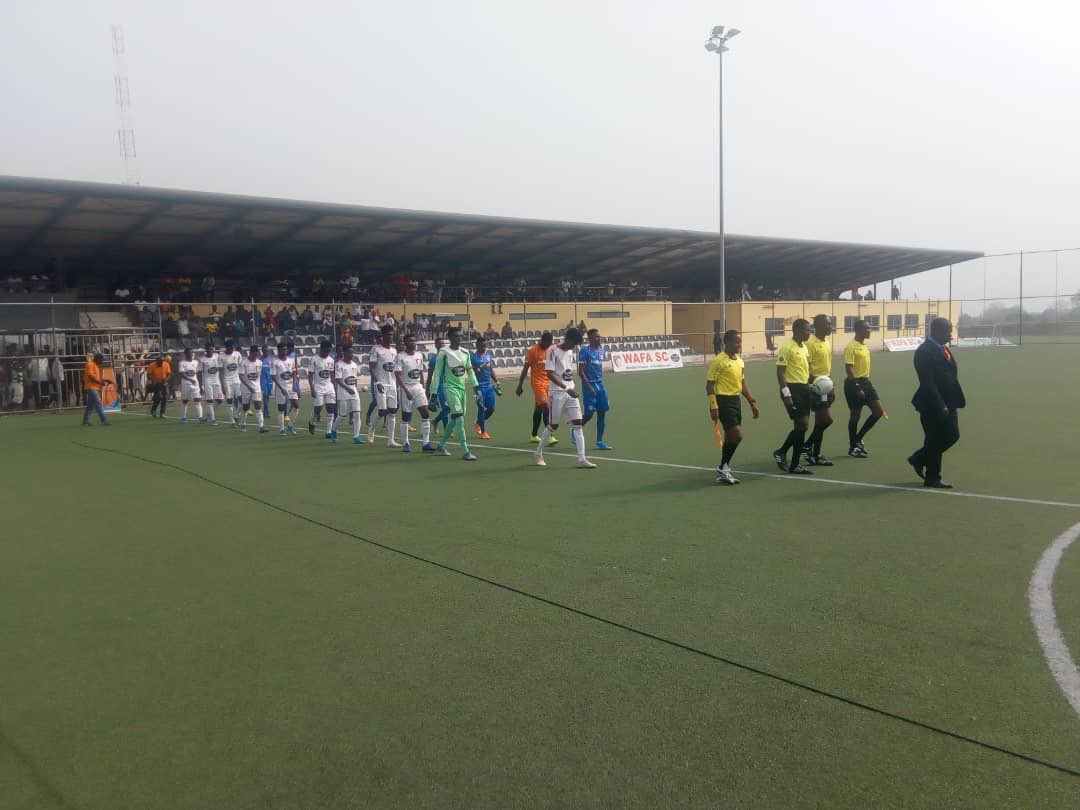 The Academy lads who are winless in their last 3 matches are seeking a win against the Scientific Soccer Lads who suffered their first defeat of the season last weekend to Accra Hearts of Oak.

This is a live update session of the match between WAFA and Liberty.

Kick-off. And we are off.

The home team playing comfortably in front of their fans. Liberty so far remains compact as they hope to bounce back with a win from the difficult win.

Liberty Professionals awarded a penalty kick after 30 minutes of play. A fine opportunity to take the lead at the Sogakope Park.

Goaaal. Elvis Kyei Baffour cooly converts to put the away side into the lead.

It is half time at the Sogakope Park. WAFA fails to draw level and is forced to go into the break trailing by a goal to nil against Liberty Professionals.

We are back underway at the Sogakope Park. Liberty Professionals have set up strong in a bid to protect their narrow lead from the first half.

WAFA continues to dominate play but is unable to breach the defensive setup for the visitors. Frustration starting to set in here. This will be a huge result for Liberty if they are able to hold on.

GOAL Substitute Sampson Agyapong scores from a curled ball inside the box. That was sublime. Game on.