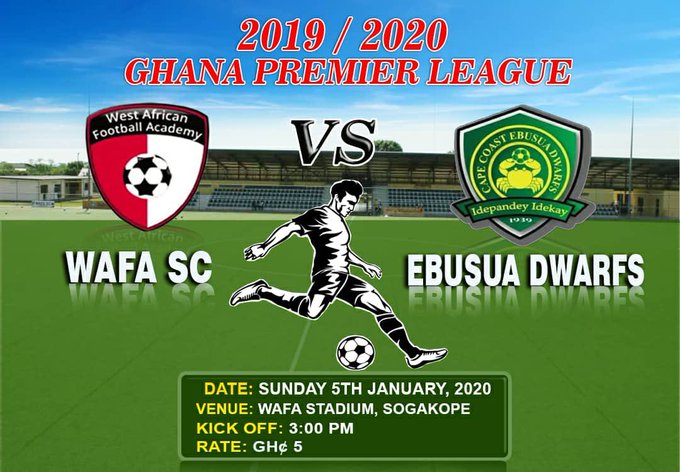 West Africa Football Academy (WAFA) is in action against Cape Coast Ebusua Dwarfs at the Sogakope Park this afternoon in the Ghana Premier League.

The two clubs are up to battle for 3 points in a Match Week 2 fixture of the recently started Ghanaian top-flight league.

WAFA, as expected, is dominating in the early parts of the first half. So far Dwarfs have stood their grounds, though yet to cause any sort of problem upfront.

Despite a good display from both sides, there have been no more goals as the two sides go into the halftime break. WAFA still remains in the lead.

WAFA continued their dominance in the second half and went on to scored a second goal on the 80th minute courtesy a strike from Daniel Owusu.

It is full time at the Sogakope Park. WAFA 2-0 Ebusua Dwarfs.