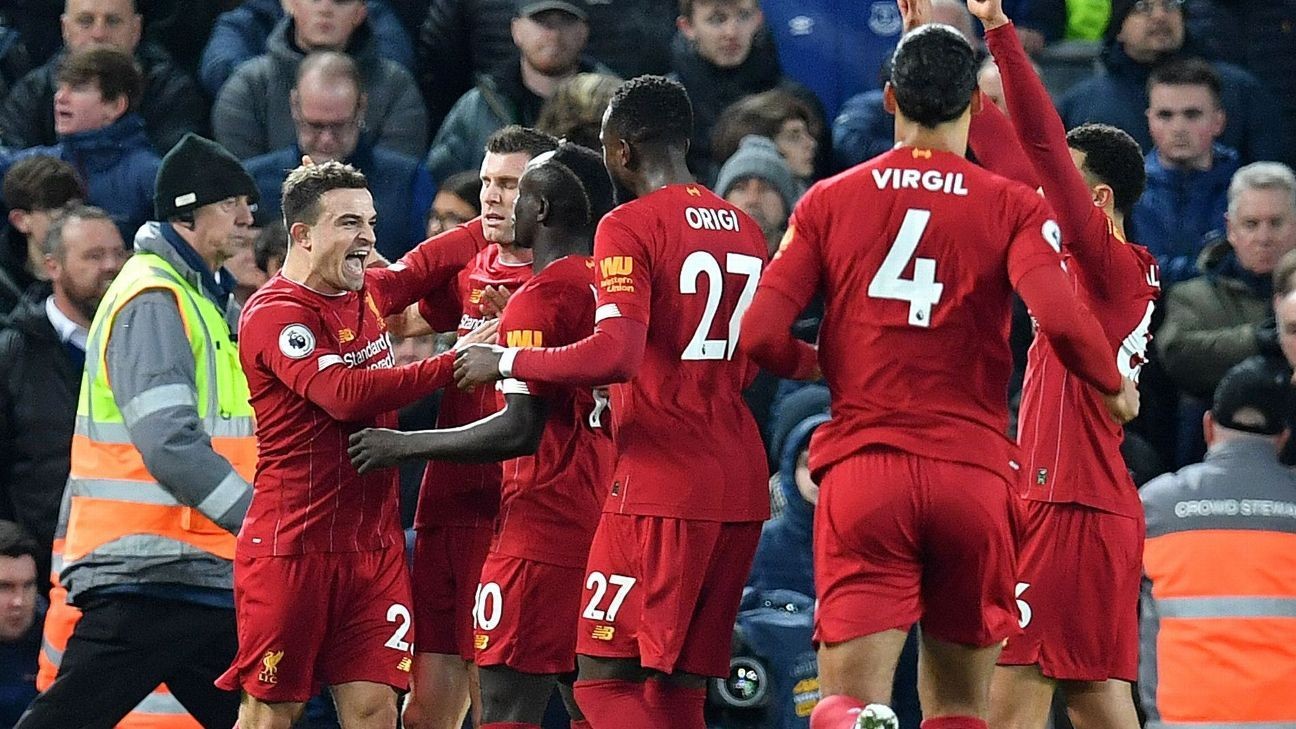 Liverpool delivered a first-half masterclass to humiliate Everton at Anfield on Wednesday, surging into a 4-2 halftime lead and adding a late fifth to maintain their charge towards a first league title in 30 years.

Rarely in that barren period, or even in the glory years that preceded it, could they have produced a better first half as exquisite passing and deadly finishing brought two goals for Divock Origi and one each for Xherdan Shaqiri and Sadio Mane.

Everton replied through Michael Keane and Richarlison before a much calmer second half that brought only a late goal for Georginio Wijnaldum.

Liverpool moved on to 43 points, eight ahead of Leicester City, who beat Watford earlier, and 11 clear of Manchester City.

For Everton, who have not won at Anfield since 1999, the defeat made it 20 derbies in all competitions without a victory home or away and dropped them into the Premier League's bottom three, with the pressure piling up on manager Marco Silva.