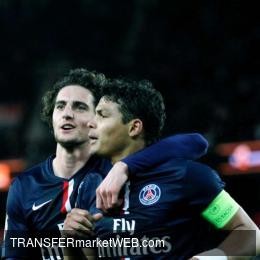 Liverpool have made contact with the mother and agent of Paris St-Germain's 23-year-old French midfielder Adrien Rabiot, sources have told ESPN FC. Klopp has followed Rabiot's progress very closely with another source telling ESPN FC the pair have already spoken on the phone to discuss a move. The 23-year-old is in the final year of his contract in Paris and has, for the moment, rejected all the offers of a new deal from the club who are still hoping to convince Rabiot to pen a new contract.
Liverpool know they will face tough competition, with Barcelona going back for the player too, but Rabiot has never hidden his attraction to Liverpool.