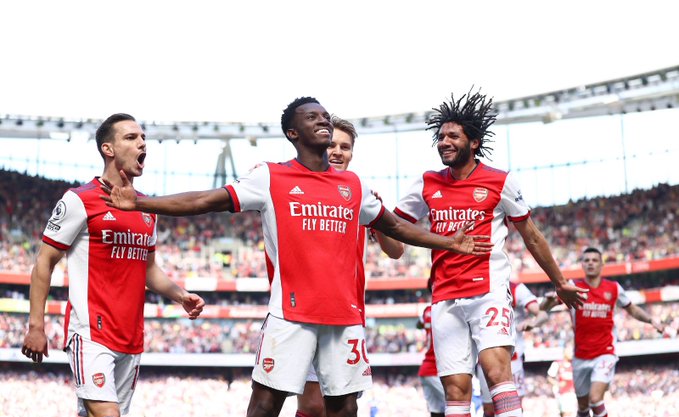 The 22-year-old is out of contract in the summer and it is not clear if he will stay with Mikel Arteta's side.

His representatives have already held talks with Arsenal and another meeting is planned to see if they can find a way forward around how much game time he will get.

Several clubs are interested in signing Nketiah but it is understood that Liverpool and West Ham are in pole position to pounce for him.

Nketiah scored twice in their 2-1 win over 10-man Leeds United in the English Premier League on Sunday, taking his goal tally to four in 18 league games this season.

Nketiah has started the last seven games for the Gunners after previously struggling for minutes under Arteta.

The highly-rated forward scored twice against Chelsea, put up an incredible display in their wins over Manchester United and West Ham, and a starring role against Leeds.