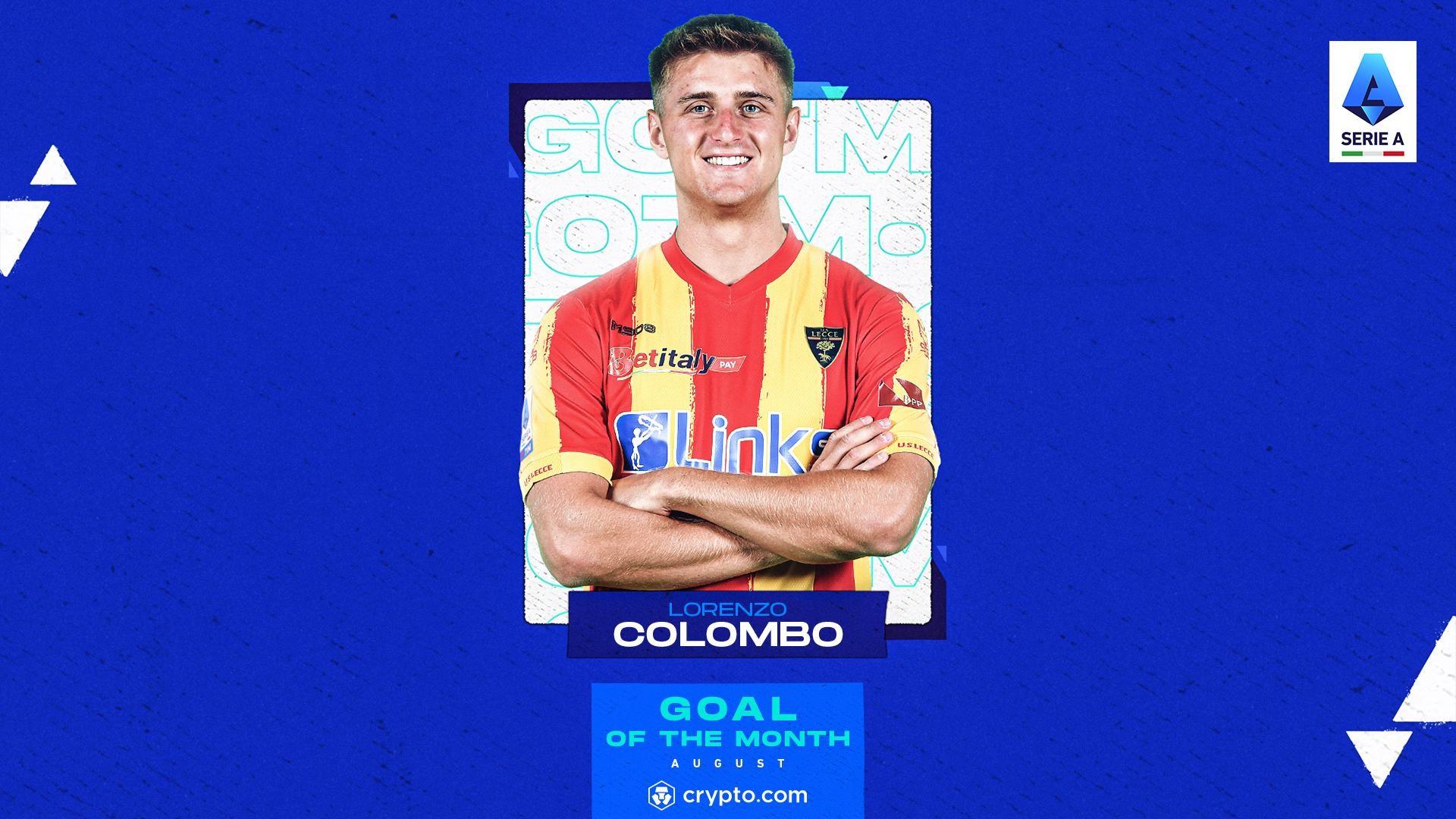 Lorenzo Colombo has won the Goal Of The Month presented by crypto.com award for August.

The goal scored by the Lecce striker in last 31st August's match against Napoli was the most voted by fans on Lega Serie A's official social channels.

The stunning left-footed shot, powerful and precise, which gave Lecce the draw at home to Napoli, allowed Lorenzo Colombo to surpass in the votes high-level goals such as Vlahovic's free-kick against Roma, Kvaratskhelia's shot from distance against Monza and Barella's volley against Cremonese.