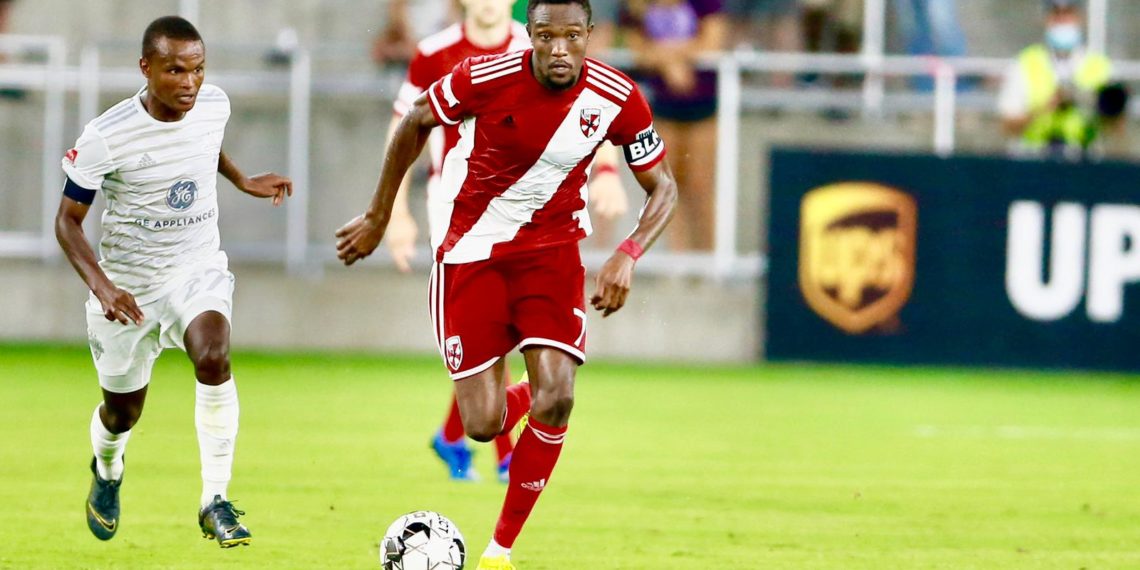 Ghanaian attacker Elvis Amoh says his ultimate target is to play in the Major League Soccer – MLS next season following his outstanding performance in the USL.

The former Asante Kotoko forward has been in top form for Loudoun United FC, starting ten of their eleven matches played so far this season.

Amoh’s impressive display in the USL has seen him score five times in ten games and closely being monitored by some MLS clubs.

The pacy forward is leaving no stone unturned in his second spell with the USL side and hopes his impressive performance will earn him a move to the top division in the United States.

In a chat with SPORTSworldGhana.com, the 28-year old striker said: “The season has been good so far and I am happy to score five goals in the 10 matches that I have played. Now my target is to make a move to the top division which is the MLS next season,”

”I am working very hard towards that and I think my performance for Loudoun United FC will pave a way for me to play in the MLS," Amoh concluded.

Amoh joined Loudoun United on July 28, 2019, after making three appearances for SK Lisen in the Czech National Football League second tier earlier that year and resigned for the club in January this year for the 2020 USL season.

The lanky attacker started his football career with giants Asante Kotoko in 2015 and rejoined the club in 2017 after a year with the West African Football Academy- WAFA.

The 28-year-old scored the game-winning goal against Saint Louis FC on October 9, 2019, to gain the 4-3 lead and contribute to Loudoun’s four-game win streak at the end of the 2019 season.