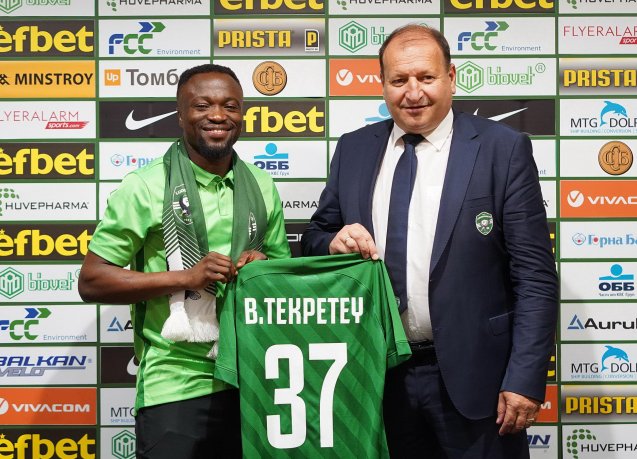 Bulgarian giants, Ludogorets Razgrad has today officially unveiled Bernard Tekpetey as their new signing ahead of the 2020/2021 football season.

On Thursday, July 30, 2020, German Bundesliga outfit Schalke 04 confirmed that they have reached an agreement with Ludogorets for a 2-year loan transfer of the Ghanaian international.

Today, the Bulgarians have announced sealing the deal with an official statement on their website.

“A midfielder from Schalke 04 joined Ludogorets in another Bundesliga transfer. Ludogorets is happy to announce that Schalke 04’s wingback Bernard Tekpetey is now a part of the club”, an official statement from the club has said.

Bernard Tekpetey spent the 2019/2020 football season with German club Fortuna Dusseldorf. Due to several injury setbacks, he failed to deliver on the expectations he was signed for.

At the end of the season, the club suffered relegation as the player returned to his parent club in bizarre circumstances.

Now with Ludogorets, the youngster will hope to enjoy success in the upcoming season.